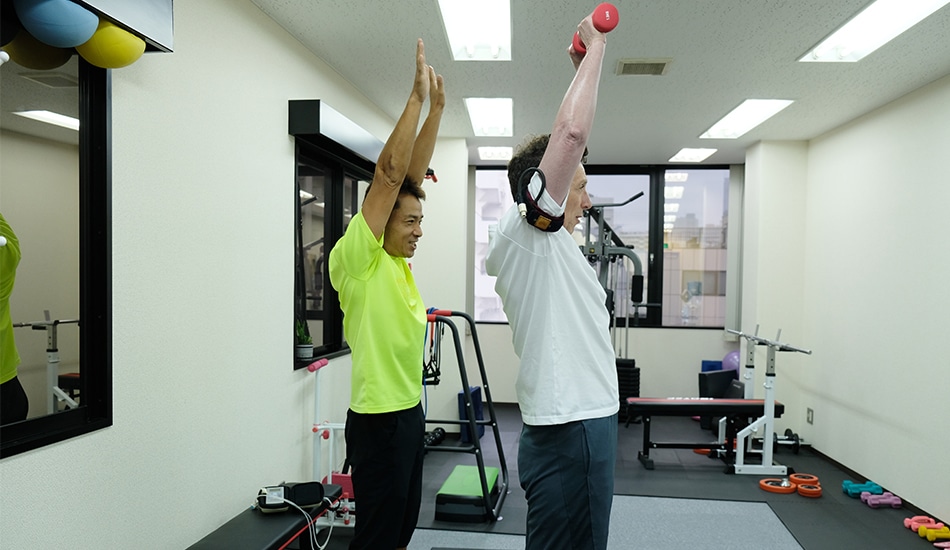 It’s easy to suspect that many people have vaguely heard of kaatsu training without knowing much more than it involves exercising with belts wrapped around one’s limbs. Maybe you saw something about it on TV and thought it looked quite interesting but didn’t take it any further? Well, after spending a couple of hours in the capable hands of Mr. Naoto Uchida, manager of the Bpool kaatsu training centre in Monzen-nakacho, I can report that it’s totally different from what I’d imagined and extremely interesting indeed. Kaatsu roughly translates to “increase pressure or “additional pressure” in English. 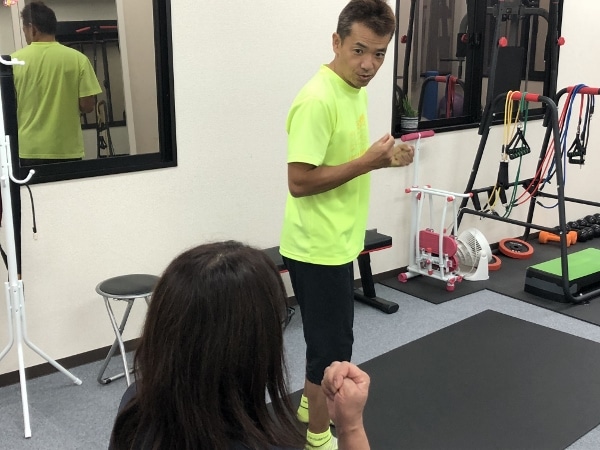 So, what exactly is it? Mr. Uchida, who became interested in kaatsu during his 20 years as a trainer at gymnasiums, explained briefly. “It was invented in Japan by Dr. Yoshiaki Sato in the 1960s. He attended a Buddhist ceremony where he sat in traditional style (seiza in Japanese) for a long period and his legs went numb. He massaged his aching calves to relieve the pain and hit upon the concept of restricting the blood flow to improve muscle training. He began experimenting on himself with various tubes and bands, and after many years of trial and error he developed an effective system. Simply put, restricting the blood outflow in the arms and legs, then exercising the muscles at low intensity, increases the development of the muscles, amongst other effects.” 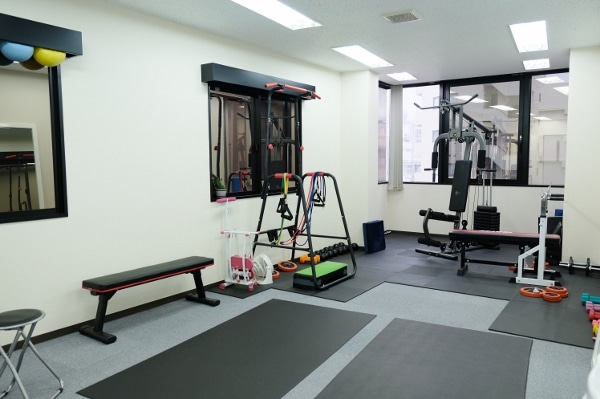 Kaatsu is also known as Blood Flow Restriction (BFR) and Occlusion Training in English. The key phrase here is low-intensity. Instead of tearing your muscles during hours spent hoisting heavy weights until you’re reduced to a sweating, aching jelly, kaatsu involves repetitions of simple exercises with light weights. It also involves tricking your brain. 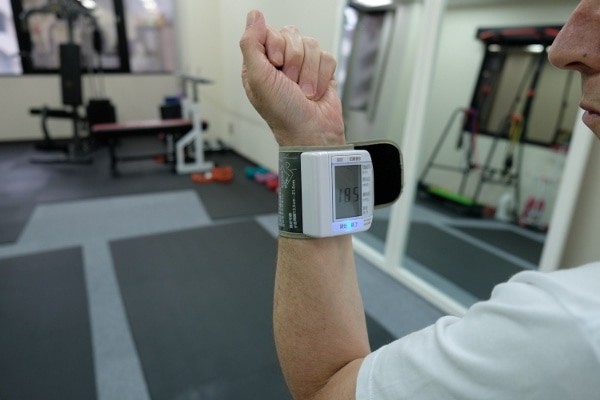 To begin with, one’s blood pressure is measured. 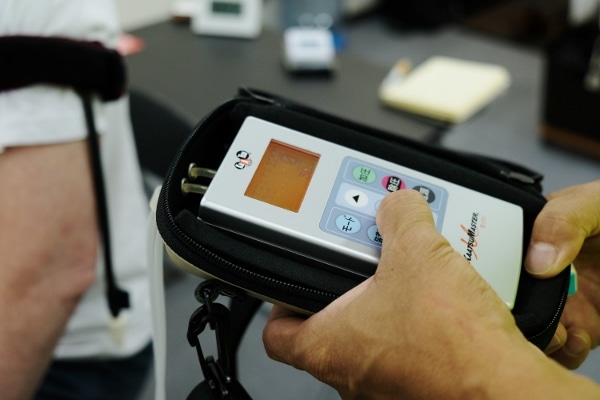 Then the pneumatic bands are applied on the upper arms and filled with air. They are tight but not painfully so. To begin with, one performs simple warm up exercises of clenching and unclenching the fists, raising the arms and extending them behind one’s back. 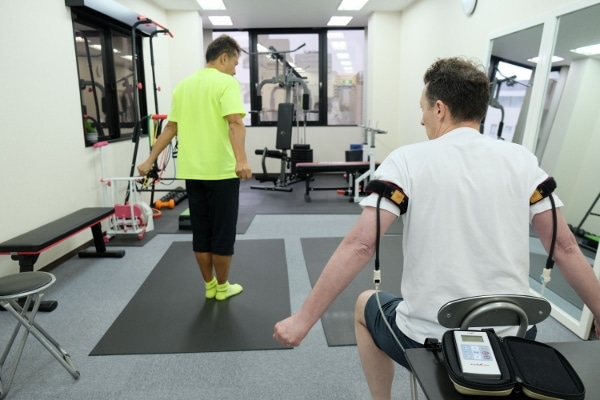 “Even these exercises without weights are effective for toning your muscles,” explains Mr. Uchida. It’s a strange sensation; even though my hands are empty I feel some resistance, as though they have become heavier in some way. 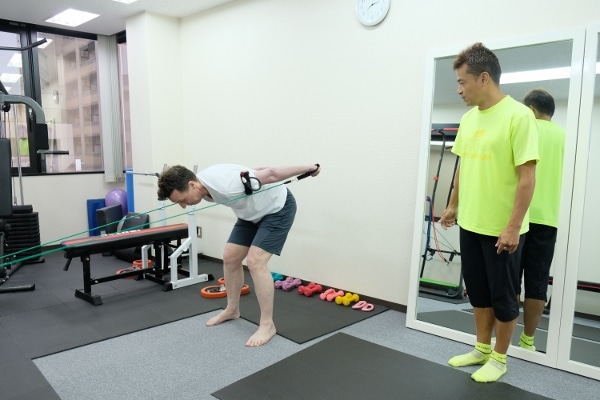 Kaatsu exercises come in sets of 30. After three sets of warm up exercises, Mr. Uchida increases the pressure slightly then detaches the tubes from the pump and the main body of exercise begins. By slowing down the return of blood to one’s heart, it fills up all the blood vessels in the arms and stimulates the muscle fibres. This increases the amount of lactic acid in your blood, thus mimicking the usual effects of a heavy workout. One’s brain believes this is what’s happening and signals the pituitary gland to send out growth hormones. Clever stuff, isn’t it! We move on to the resistance band pull, thirty times of course. 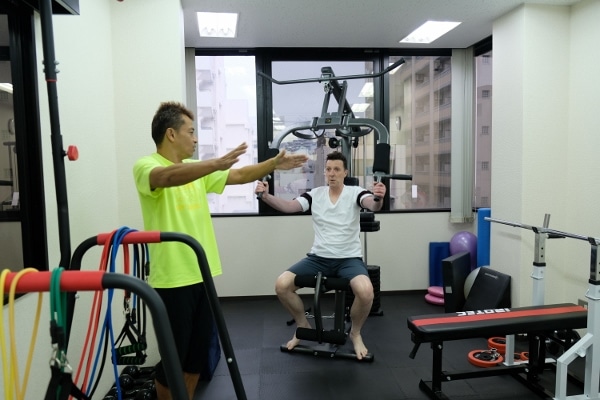 Then it’s on to the seated chest press machine. The weights are light but again they feel heavier thanks to the pneumatic bands. “It’s akin to a long-distance runner training at high altitude to increase the number of red blood cells which enables them to carry more oxygen,” explains Mr. Uchida. 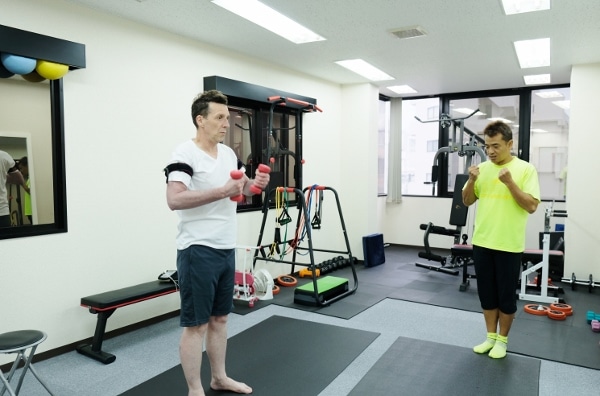 Finally, it’s time to try the free weights. It’s noticeable that, unlike a standard gym with its vast array of massive plates and barbells, the heaviest weight at Bpool is 10kg and that one is tucked away in the corner. Thirty repetitions suddenly seem a lot as my arms tire but I struggle through to the end. The arm exercises are all over in about 10 minutes. The pneumatic bands are removed sitting down as the sudden rush of blood back to the heart may affect beginners slightly. My arms felt pumped up and thoroughly exercised, even though it had lasted for only a few minutes. I had no muscle pain whatsoever and there was nothing more than a mild but pleasant tiredness the following day. 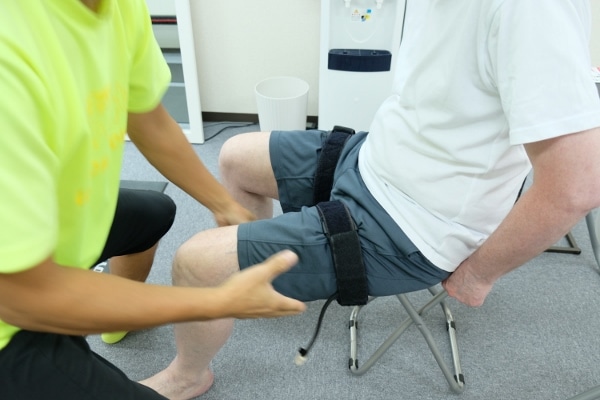 The process is repeated for legs. The pneumatic bands are wrapped tightly around the upper thighs and pumped up. Warming up by clenching the toes and stretching the calf muscles is performed sitting down before one takes to the mat for a rigorous series of exercises. 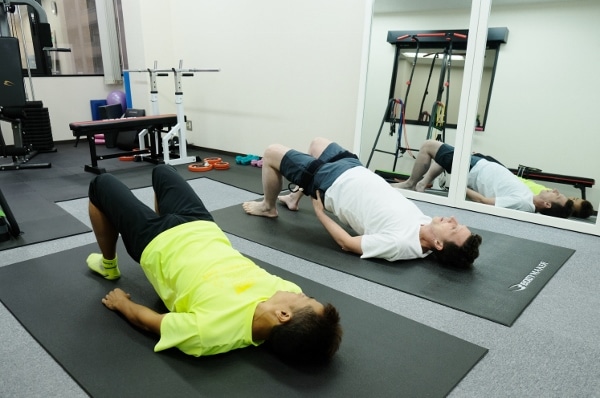 Exercises for the buttocks, squats, and a lunge that had me wobbling all over the place took about 10 minutes and that was it. Again, the bands are removed sitting down; a quick glass of water and you’re ready to move on. There’s no need to shower as you don’t even break sweat! 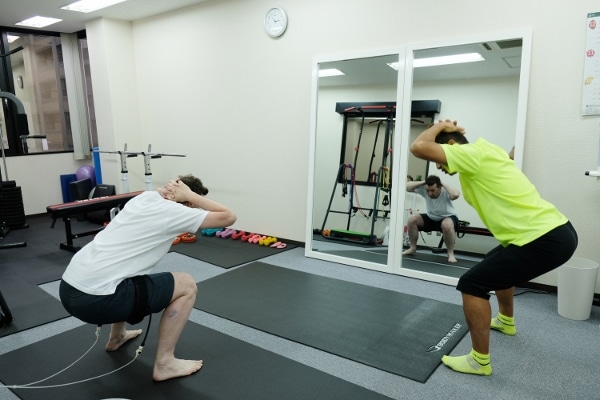 Bpool has Three centres in Koto-ku (Kiba, Kiyosumi-shirakawa and Monzen-nakacho)  with usually one trainer in each. A session is only 30 minutes and is conducted one-to-one. There is a 15-minute break between classes to allow the previous person to change and leave before the next one arrives. According to Mr. Uchida, ladies in their thirties to fifties make up around 70% of his clients with the remaining 30% men of all ages. One 30-minute class a week is deemed sufficient and costs 18,000 yen per month for four classes. For those really keen, twice a week costs 34,000 yen for eight classes. 30-minute trial classes are available for 5,000 yen. Customers with a Kotomise coupon can have a trial lesson for 3,000 yen and the registration fee is halved to 5,000 yen. 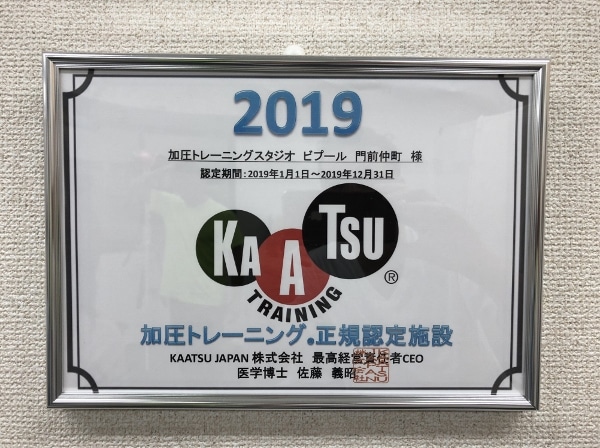 Mr. Uchida and the other trainers at Bpool are licensed by the Kaatsu Training company itself. Kaatsu training has been slowly spreading around the world in recent years as a variety of studies have shown it to be efficacious in a number of areas, such as building muscle, strengthening tendons and promoting vascular growth. I’d definitely recommend reading further and taking a trial lesson for anyone who is interested. Mr. Uchida mentions a very well-known Japanese singer who prepares for his demanding live shows with kaatsu training. You don’t need to be a rocker or a bodybuilder to benefit from kaatsu training, though. “It’s exercise for busy people who don’t like exercise,” says Mr. Uchida, laughing. I think that includes most of us!