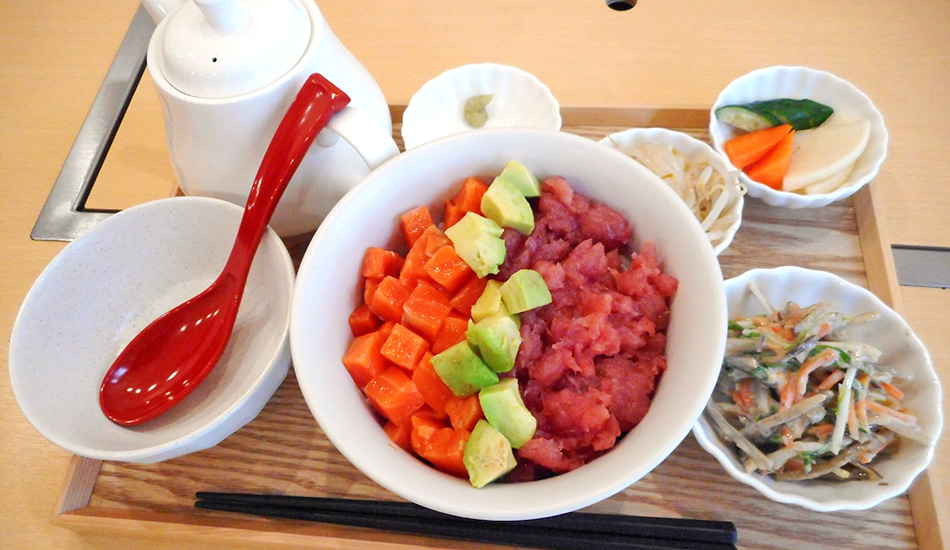 I came for the okonomiyaki, I stayed for the lunch.

Okonomiyaki and monja-yaki are tabletop grill foods of immense popularity in Japan. You’ve probably seen or heard of these hodgepodge savoury pancakes, filled with myriad choices of toppings such as meat, vegetables, seafood, cheese, eggs, and a host of other possibilities. Plus, it’s a fun option for a meal especially if you’re out dining with a group, because everyone can find something they want to eat! 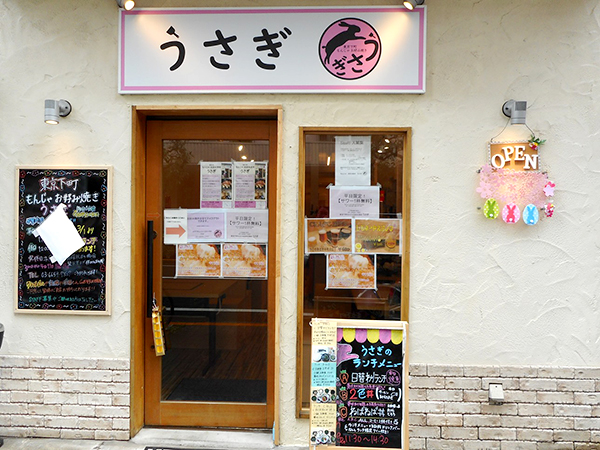 In Kitasuna, Koto City, a new okonomiyaki and monja-yaki restaurant has recently opened its doors. Tokyo Shitamachi Monja Okonomiyaki USAGI is a bright, cute establishment that was renovated from a cake store by its owner, Ms. Kai. 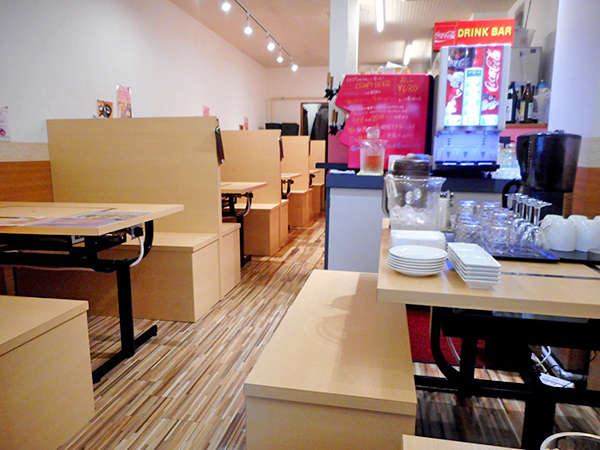 Its many tables are all outfitted with tabletop grills, as is typical of such a restaurant (^^)

There’s also a craft beer server with a rotation of beer choices, which is another selling point, as well as a “drink bar” or self-serve soft drink machine—something you don’t usually see in restaurants. It kind of feels like being at a karaoke joint! 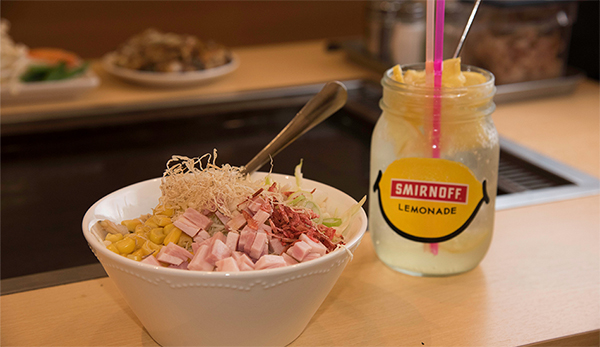 The menu is separated into sections like “okonomiyaki”, “monja-yaki” and “teppanyaki”. Topping combinations include unusual (but delicious-sounding) options, like “pork and kimchi”, “tom yum kung”, “curry” and “clam chowder” (!!) alongside more traditional ingredients.

“Almost anything can work well in okonomiyaki”, Ms. Kai told me when I marvelled at her adventurous choice of menu items. “I don’t think I’ve ever quite encountered anything that didn’t work out, and I love experimenting!” 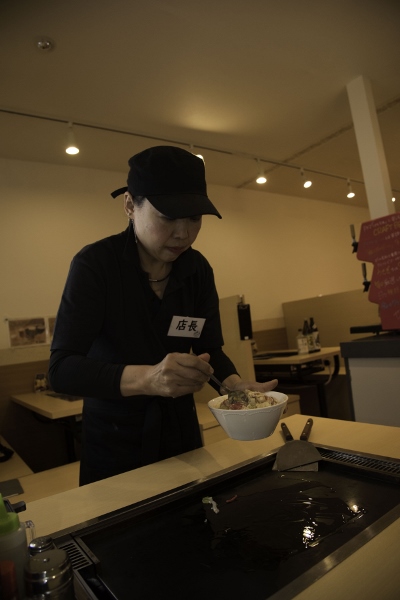 Having worked in other okonomiyaki restaurants before, she’s a pro at making the pancakes, and often helps newbies get the hang of the art.

“Usually by the second or third one, they’re excited to try it themselves!” she laughed. 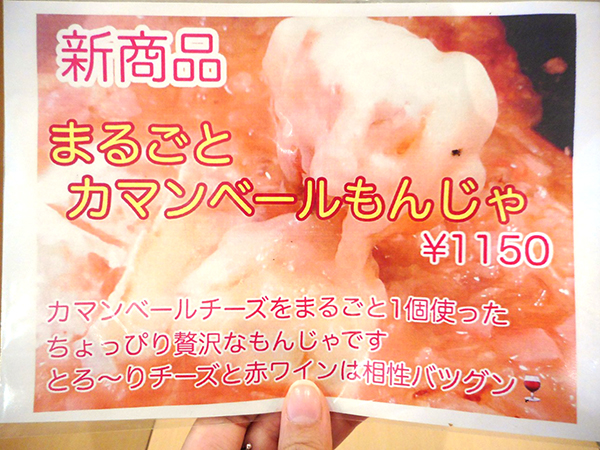 A new addition to the menu is the “whole camembert cheese monja”, which is no doubt a cheesy delight that would be fantastic with a glass of wine! I would love to try it one day, but on this particular afternoon, I was craving something else…

“I really want to eat something with lots of vegetables. What would you suggest?” 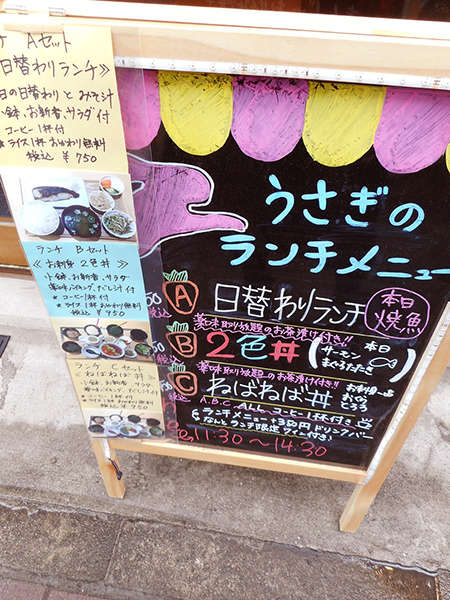 If you’ve travelled to, or lived in Japan, you might have run into the issue of feeling like you’re not getting enough greens. Salads became a mainstream side-dish only recently, and many people still preferred cooked vegetables, in small portions, to large bowls of lettuce. Consequently, when I moved to Japan, I had to spend the first half a year learning to navigate new grocery options, and figure out a way to eat that would allow me to transition from my North American diet.

Ms. Kai thought about my question. “Well, a lot of the okonomiyaki and monja-yaki have vegetables in them. There’s pork and cabbage, for example. We also have grilled vegetables as part of our teppanyaki menu. But maybe we can forget the okonomiyaki, and show you our lunch menu instead?”

She then showed me a picture that looked something like this: 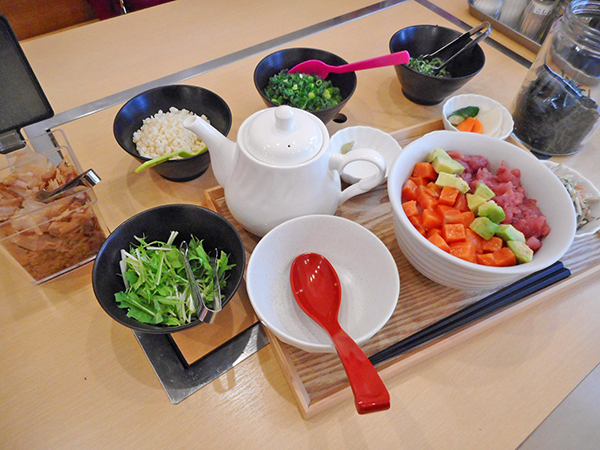 And I immediately responded, “Yes!” 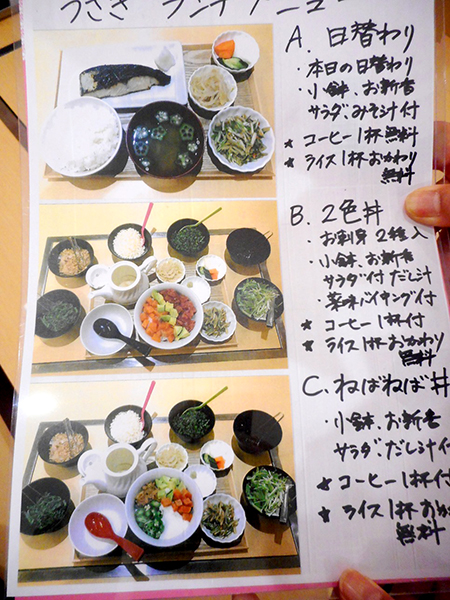 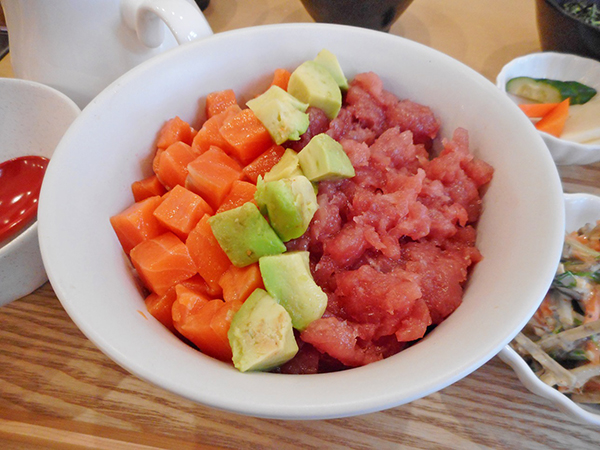 I chose the second, which features a rice bowl topped with fresh raw salmon and tuna, and avocado, as well as a side dish and pickled veggies.

“We have a variety of toppings available to go with the lunch sets,” Ms. Kai told me, pointing to six small bowls containing mizuna greens, “tenkasu” (bits of fried batter), green onions, shiso leaves, nori, and bonito flakes, to be used “as much as you like!”

“And if you run out, I’ll refill the bowls.” 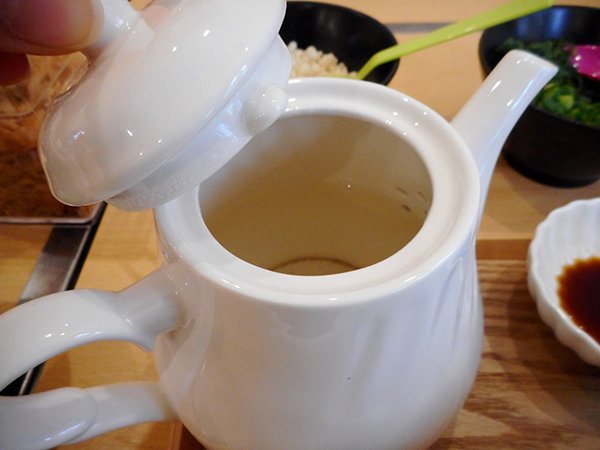 There was also a pot of hot dashi stock. This meant being able to enjoy the lunch threefold! 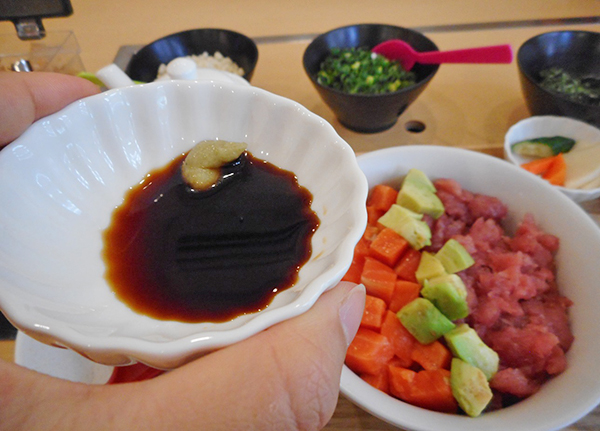 First, the rice bowl can be eaten as is, with soy sauce and wasabi. The fresh fish, combined with the warm rice, was delicious. 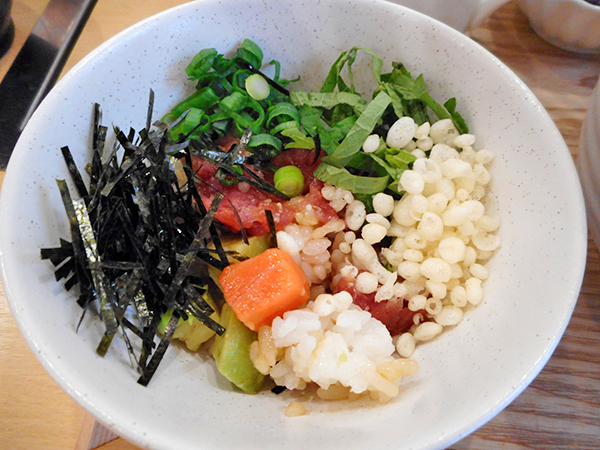 Next, with toppings! I transferred some of the bowl’s contents into a smaller bowl, and added as much as I wanted, as per suggestion. 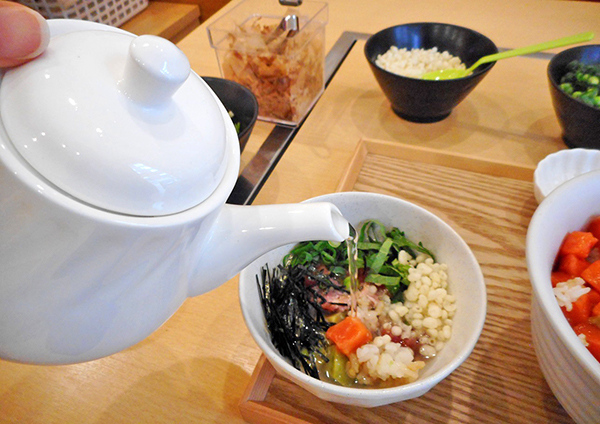 And lastly, as ochazuke!

Ochazuke is a way of eating rice dishes that involves pouring hot dashi or tea over the rice to make a sort of porridge. It’s an extremely comforting dish to have, especially in cold weather. The hot dashi, extracted from kombu kelp and bonito, had a lovely aroma, a gentle taste, and tied the contents of the rice bowl together marvellously! I loved it!

I basically spent the rest of lunch looping between eating my rice bowl with soy sauce, then adding whatever toppings I wanted to try, and then making ochazuke. The variation meant I never got tired of the food, and as Ms. Kai predicted, I felt more than satisfied by the amount of vegetables available. 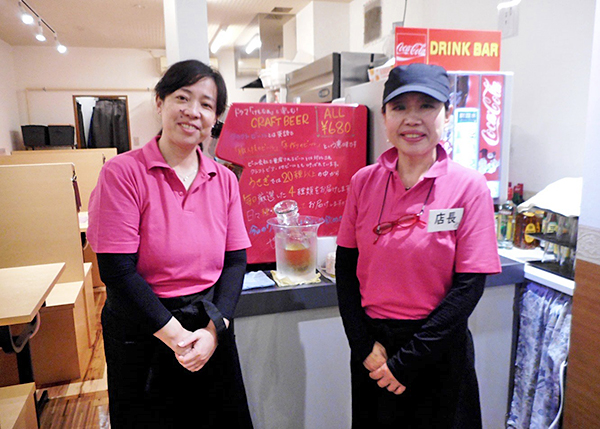 “We only started serving lunch starting in March,” Ms. Kai told me. “In the evening, starting at 5 p.m., we go back to serving okonomiyaki. But I figured it would be nice to have lunch options for people who want something else. I’m glad you enjoyed yourself!”

As much as I loved the amazing lunch I unexpectedly encountered at USAGI, what made me happiest was Ms. Kai’s desire to make sure I had a good time. I really appreciated that she took my request seriously, and I imagine she shows the same care and consideration to all of her customers.

“Come back for the okonomiyaki whenever you want!” she said as we said our goodbyes, and I certainly intend to!