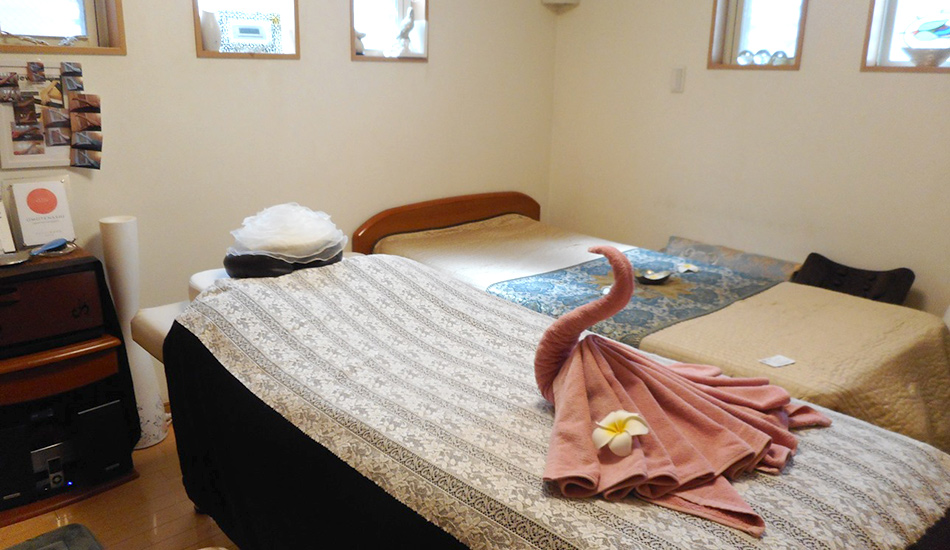 Introducing ARGEL as a “lymphatic massage salon” doesn’t exactly feel right, even though that’s what it says on the establishment’s name plate (more specifically, it says “12 Channels Aroma Lymph Massage”). Esthetic salons, chiropractic clinics, bonesetters, spas and body treatments are all popular ways of staying healthy in modern Japan, but ARGEL goes off the beaten track in many ways. 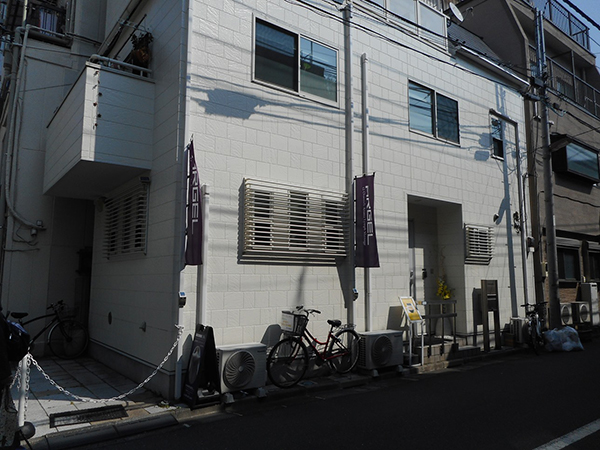 I was afraid I’d get lost looking for ARGEL, but getting there was easier than I’d thought; the white house was located just one alleyway south of the famous Noraku-Road Shopping Street, and adorned with purple banners. 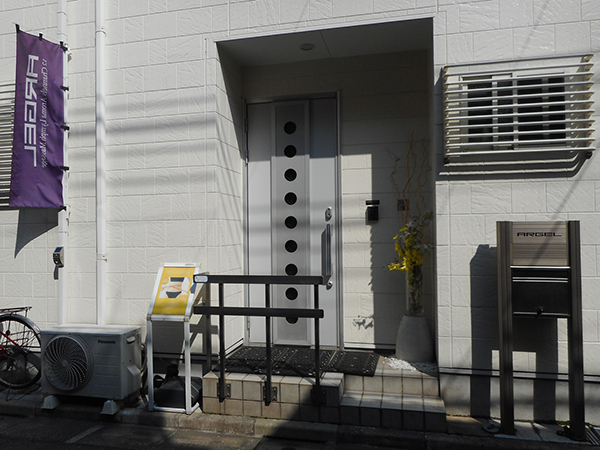 The cleanly-designed residential building seemed perfect for a private salon, and I pushed the doorbell excitedly.

“Come in, come in,” ushered Mrs. Yuko Saito, the owner. The doorway was enveloped in a lovely fragrance, reminiscent of a bouquet of flowers. 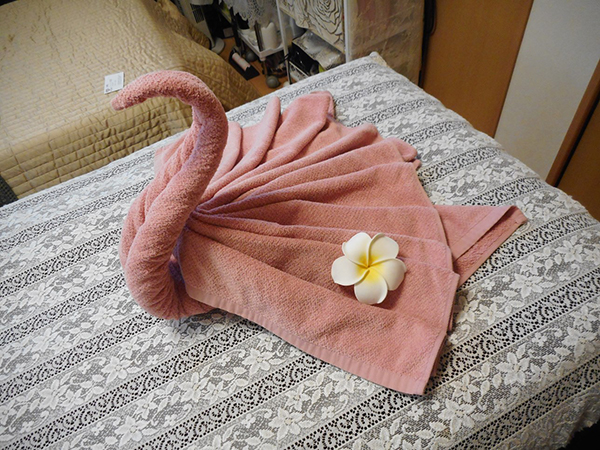 Inside the actual massage room, the first thing that caught my eye was a dusky pink swan sitting on the bed. It turns out that Mrs. Saito made the towel arrangement herself. “I got the idea from those towel animals you see on cruise ships. I tried other shapes as well, but none were as cute,” she said, laughing. 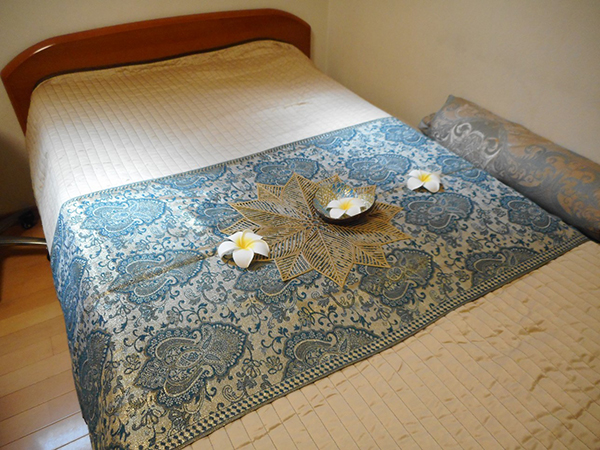 The entire room emanated an aura of feminine softness, from the flowers placed on the second bed against the wall… 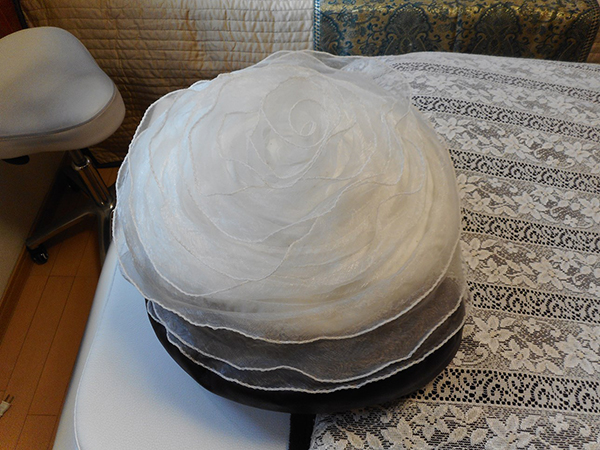 To the chiffon, rose-shaped cushion perched atop the headrest, covering up the clinical U-shaped pillow. 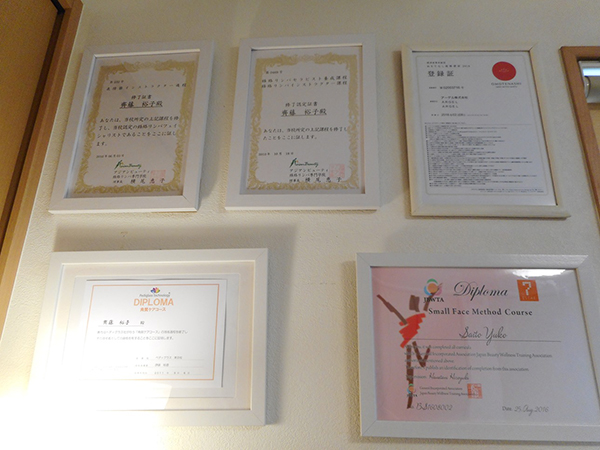 Although ARGEL started out as a lymphatic massage salon, the certificates earned by Mrs. Saito over the years include “counsellor”, “skin care specialist” and even one in English for “Small Face Method Course”, which made me smile. First and foremost, however, I wanted to know more about lymph therapy.

“The lymphatic system only started getting wide-spread attention recently,” Mrs. Saito told me. “I myself didn’t know much about it when I first embarked on this path. But it’s responsible for many bodily functions, notably the immune system, and helps the body to detoxify. When the lymph is “frozen”, as we say in Japan, blood circulation worsens, muscles stiffen, and toxins can build up more easily.” 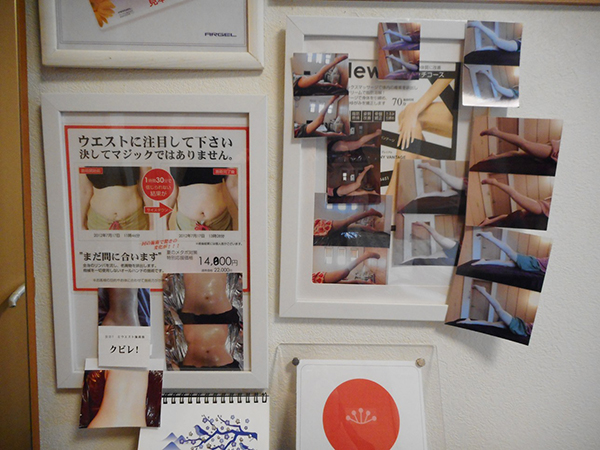 Mrs. Saito is knowledgeable about Eastern Medicine, and in particular believes in the power of preventative care. By promoting lymph circulation, Mrs. Saito has helped many customers overcome bodily discomforts such as stiff shoulders and bloating—things a regular hospital will tell you to ignore, but which she believes ought to be treated to ensure continued health.

Over the course of its eight-year history, ARGEL has evolved with its customers. “As I started seeing more and more customers, I realized lymphatic massage wasn’t enough. Some of them had other needs, like skin or foot problems. I wanted to help, and before I knew it, I’d gone through several training sessions for auxiliary services.” (This explained the certificates.) 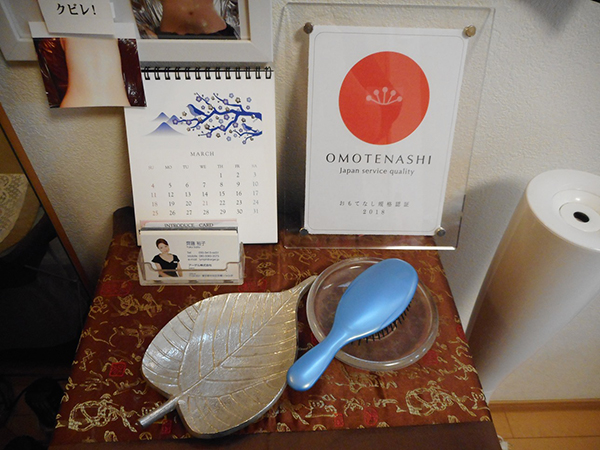 Another need customers exhibit is one with which most of us can empathize: the need to talk to someone.

“You know how when you lie down for a back massage, your face goes into this U-shaped pillow?” Mrs. Saito asked me. “Your face is hidden, and you can only see the floor. Something about the situation seems to make it easier for people to talk—they’ll tell me their work problems, family problems, boyfriend problems… Some people even call this space their confessional!”

The privacy of ARGEL, which has a strict one-customer-at-a-time policy, definitely features into the ease with which words are prone to tumble out; but another is Mrs. Saito’s personality. She’s both an avid talker and listener, and her responses come quickly and enthusiastically. 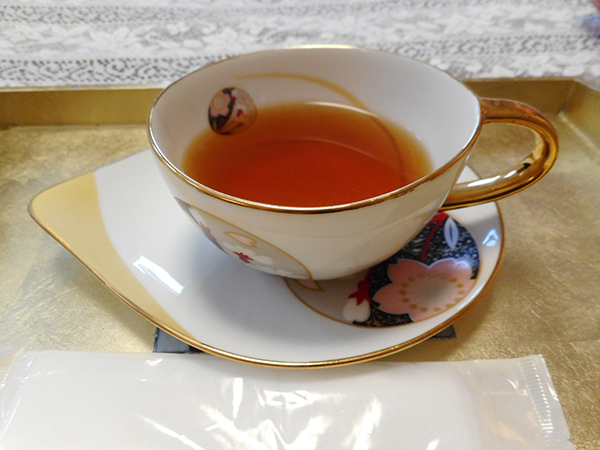 Even I, a self-professed introvert, found myself engaged in deep conversation during our hour together. As we chatted over the delicious peach tea Mrs. Saito had served me, time simply flew!

(Side note: this gorgeous teacup was decorated by Mrs. Saito herself. Truly, she is a woman of many talents!) 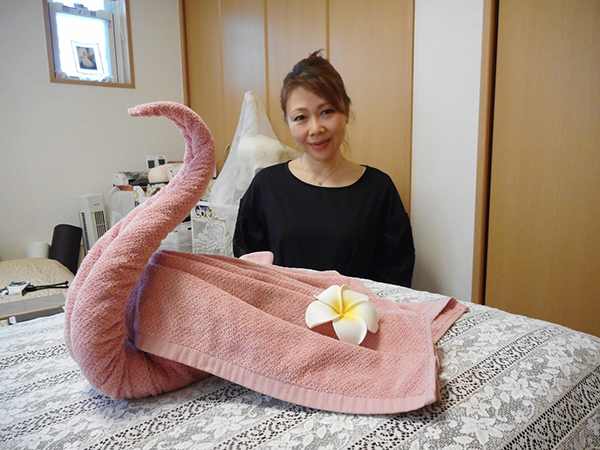 “Anyone is welcome to make an appointment,” Mrs. Saito said. “And there’s no pressure to continue coming here after the first time, though most people do. I even encourage them to shop around and try other salons, but many end up coming back here just the same.”

She also has no fear of the language barrier. Her clientele has included members of the Chinese community as well as a Canadian lady, and she told me animatedly about how wonderful it felt to learn about their languages and cultures during the hours spent together.

Should you choose to book an appointment, however, just be sure to leave plenty of time in your schedule; although the menu options list the expected time, Mrs. Saito warned me that it often takes longer. “There’s no extra charge no matter how much time it takes. I work until both of us can see satisfactory results, whether that’s two hours, or four, or six! I want customers to get their money’s worth, and I want to help them see changes from the very first session.”

And on that reassuring note, we ended our time together, though I’m more than hopeful that I will be making my way back in the near future.