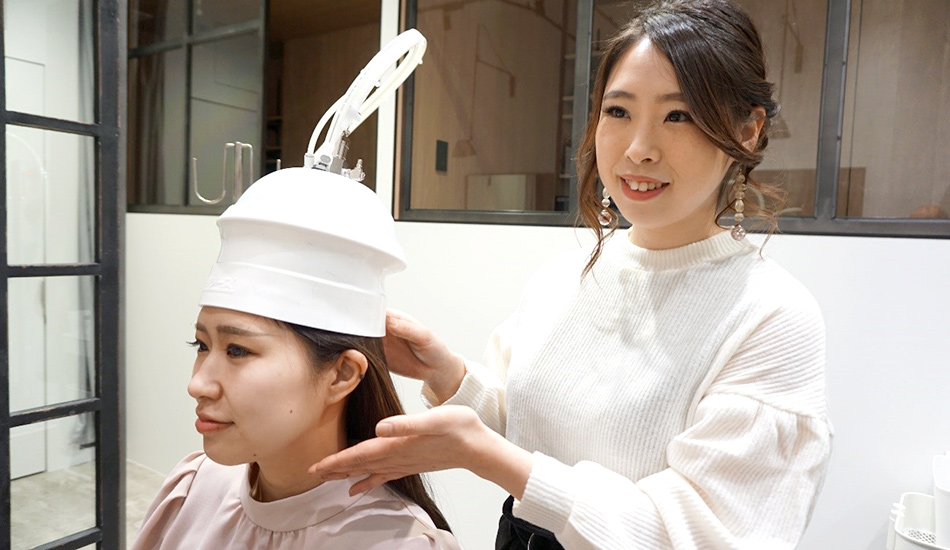 Which will it be: C-Infinito’s Scalp and Hair Care or Its Takeaway Coffee?

A trip to Kameido recently saw me standing outside the new premises of C∞, pronounced “C-Infinito”. This is the sister shop of Hair & Coffee C∞, located further down Meiji-dori Avenue in Ojima 2-chome, which has previously been written up by a colleague of mine. 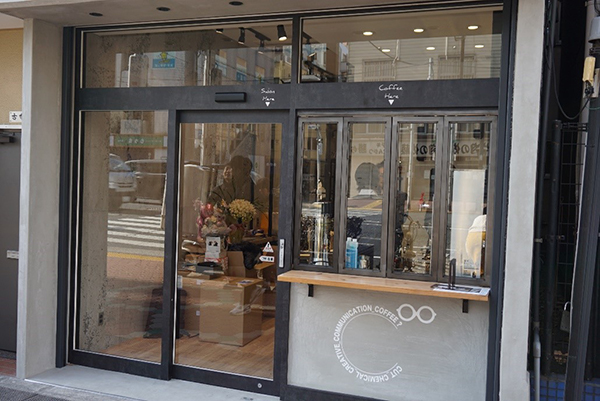 C∞ opened on 9th January 2019, but the day before, we were invited along for a sneak preview of what this hair salon has to offer. Among piles of un-opened boxes, lines of shampoo and serum bottles, and packs of coffee beans, we spied the owner Mr. Yusuke Kazuno making last-minute preparations for the big opening. 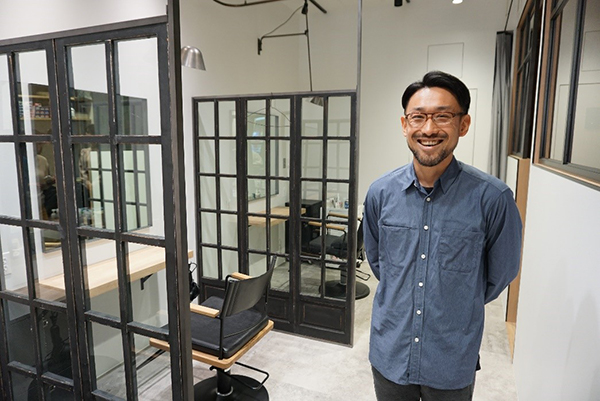 Taking precious time off from his work, he explained to us the concept of the new salon. Unlike the Ojima establishment, which offers regular cuts, perms, and colouring, the Kameido salon focuses on hair and scalp care. And, building on the practice of offering a cup of coffee to while away the time whilst the customer’s perm is setting, the salon has opened a counter selling takeaway cups of freshly-ground coffee to passers-by. 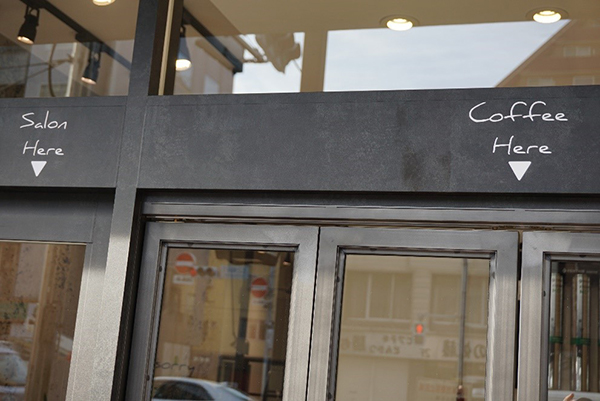 Looking around the salon, one of the first things which struck me was the absence of shampoo bowls; there was only a wooden shelf and the obligatory mirror in front of the customer’s chair. 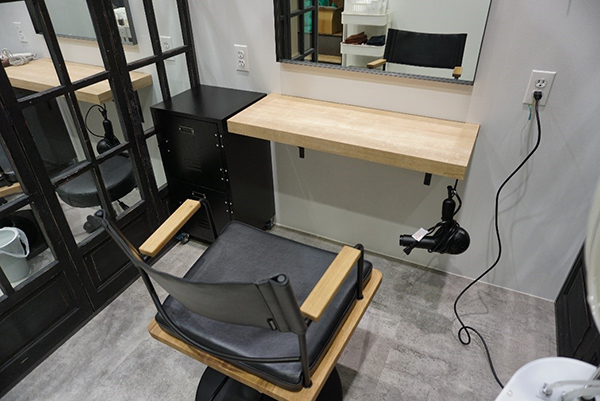 In fact, the shampoo element of the C∞ experience takes place in a small private area where, under subdued lighting, the customer is made to lie on a high-quality spa bed whilst his/her hair is expertly shampoo-ed before the Head Spa or Lift Up part of the process takes place. Mr. Kazuno is assisted with this by Ms. Eri Nakayama. 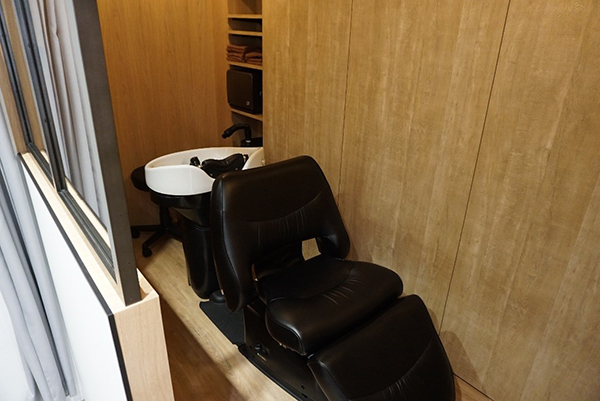 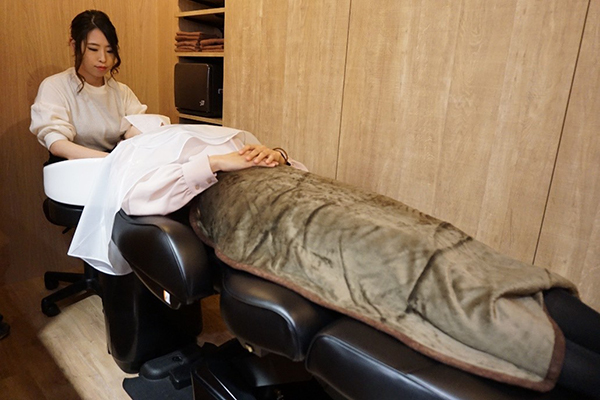 C∞’s hair and scalp treatment consists of initial counselling to discover just what the problem is with the a customer’s hair, such as being lifeless and brittle or weak, or a thinning pate. A course of treatment involving shampoo and cleansing may be suggested, followed by either a massage by hand to tone up and relax the scalp, or a Lift Up.

With Lift Up, what looks like an instrument from the Scientology movement or a version of the Sorting Hat from Harry Potter, but is in fact a machine developed in hospitals for use in treating alopecia, is placed on the client’s head. When this crown-like object is connected to the power unit, air and cleansing liquid are pumped through pipes to stimulate the skin and remove dirt from the scalp. 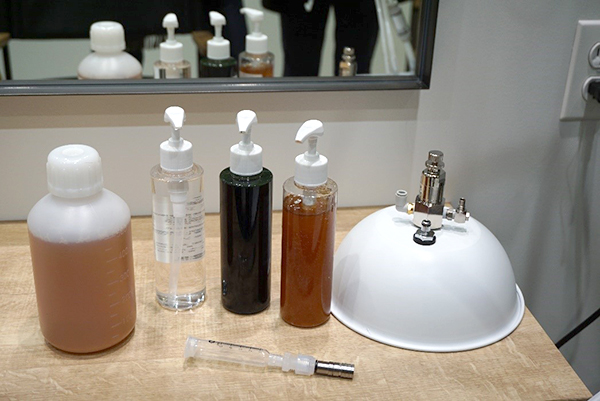 It was a strange sensation having this instrument pumping up and down on top of my head whilst the air moved around inside it and my head was stimulated. 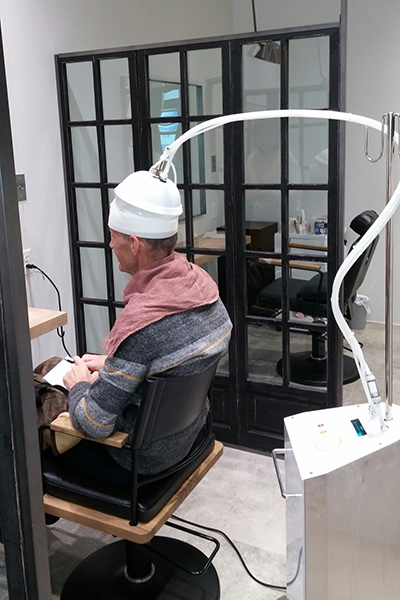 Prices range from 8,000 yen per session, depending on the course of treatment selected. Mr. Kazuno recommends taking the Lift Up course once a month, or Head Spa once a week, for a period of six months for real benefits from these treatments to be noticed. The results are a toned scalp and healthier hair with increased volume.

Showing me a manual containing before-and-after photographs of ‘restored hair’, Mr. Kazuno was at pains to emphasise that what C∞ offers is ‘ikumou’ (hair growth) and not ‘hatsumou’ (hair restoration). The salon’s target clientele is women from their mid-30s upwards, although Mr. Kazuno says that men are welcome to come on in, if they don’t feel too intimidated. 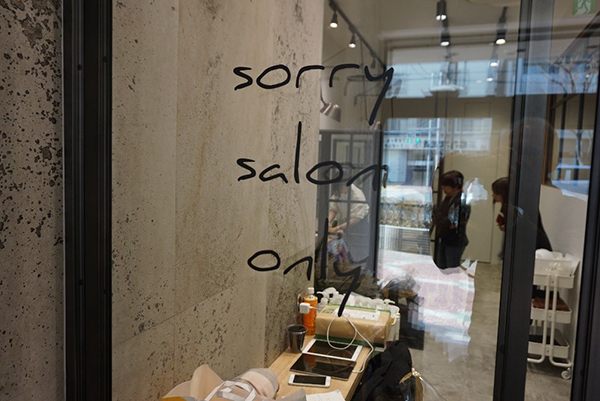 And the coffee? Well, it comes from a magnificent, gleaming Italian La Marzocco machine, standing behind the counter before the entrance to the salon. 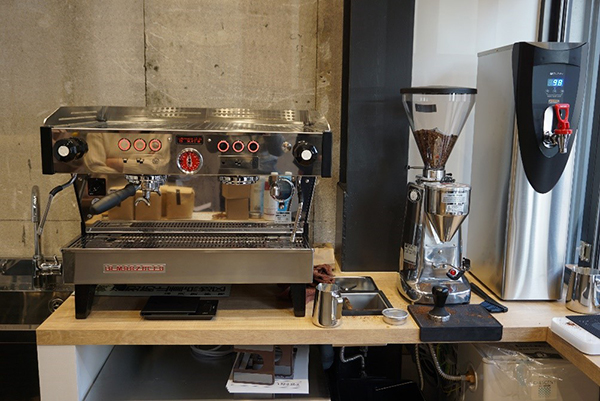 Using single-origin Ethiopian Aricha or Brazilian Recreio beans supplied by Unlimited Coffee Toasters, based in Arakawa Ward, C∞ offers a choice of espresso, latte, or drip coffee. I was served an Aricha espresso by C∞’s ‘ballista’, Ms. Shiho Fujii, who also assists in the salon, and I have to say it tasted deliciously unlike the coffee I usually drink: it was fruity and not in the least bitter. This prompted me to ask Mr. Kazuno “why the question mark after the word ‘Coffee’ on the salon’s sign board?”. His answer was that the Ojima parlour doesn’t do takeaway coffee, but as the new shop does, maybe he will change the ‘?’ to a ‘!’. 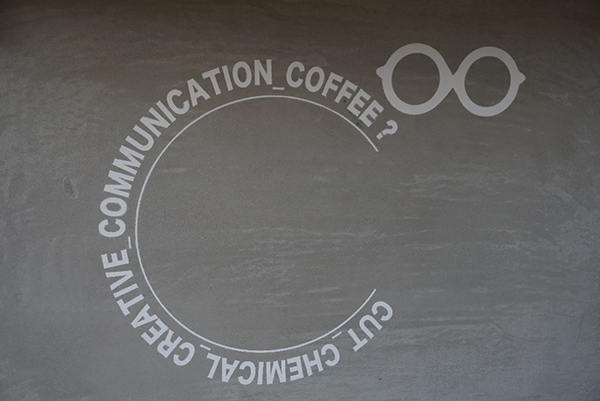 Thinking about it; the next time I am in the area, I shall be torn between whether to drop in for a manual scalp massage, or a takeaway cup of coffee. 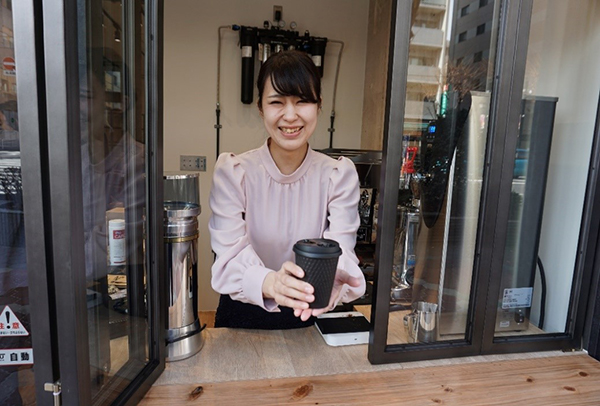 Available on: any day of the week (except Saturday, Sunday and National holidays)