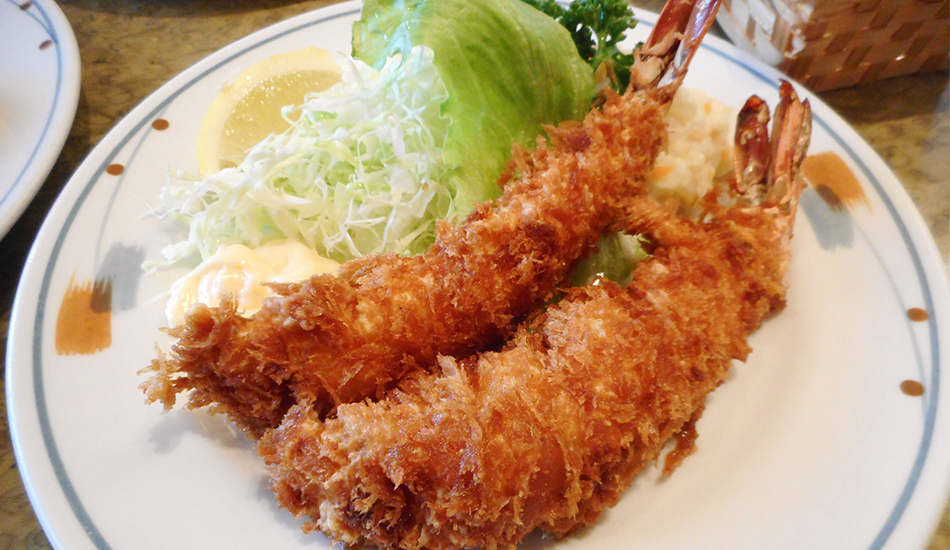 If you are talking about a long-established restaurant in Morishita, this is it!

Have you ever eaten an omurice (omelette-rice) in Japan? How about a hamburg steak, or tonkatsu (fried pork cutlets), or a croquette?

If you have, and enjoyed the experience, you can thank the development of yoshoku, or “Western-style Japanese cuisine” for your culinary encounter. 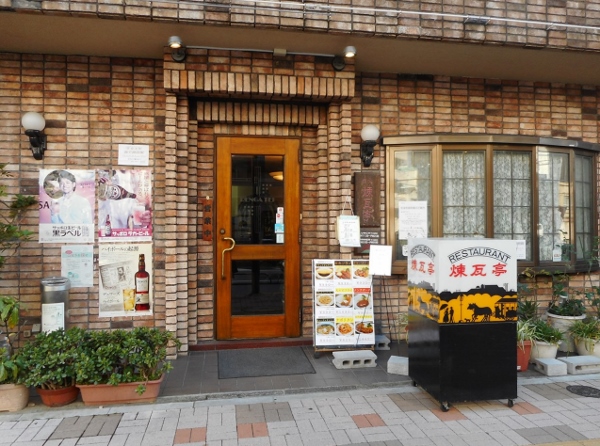 Yoshoku gained its foothold in Japan during the Meiji Restoration with the government’s official endorsement of Western cuisine. Foreign dishes were adapted to match well with rice, making them more pleasing to the Japanese palate, until they eventually came to be recognized as uniquely Japanese. And who do we have to thank for many of the recipes developed during this time? “Renga-tei”, a restaurant that started off as a food stall in Ginza!

(Fun fact #1: they’re also responsible for the tradition of serving thinly-sliced mounds of cabbage alongside many yoshoku dishes. The intention was to quickly prepare and serve vegetables—a feat that was difficult during periods of scant staff members, such as the Russo-Japanese War. The cabbage helps with the digestion of meat products!)

Despite its humble beginnings, Renga-tei quickly took off. Years later, when it had become a full-fledged restaurant and had made a name for itself, a secondary location was established in modern-day Morishita, Koto City. 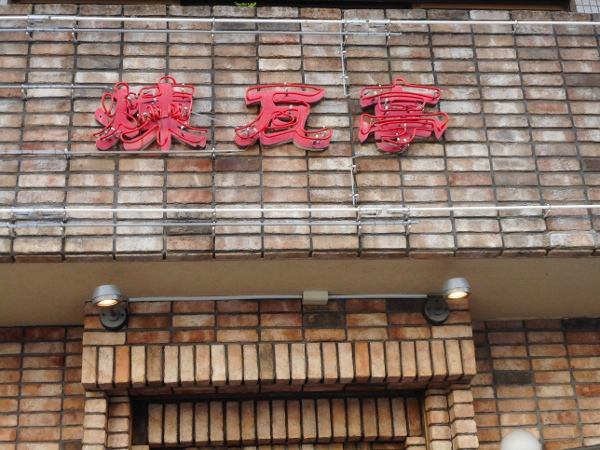 Fukagawa Renga-tei opened in 1928, and promised to serve the same high-quality, affordable yoshoku as its parent restaurant. Even after it separated from the main branch, Fukagawa Renga-tei has steadfastly retained the same recipes as was used nearly a century ago. 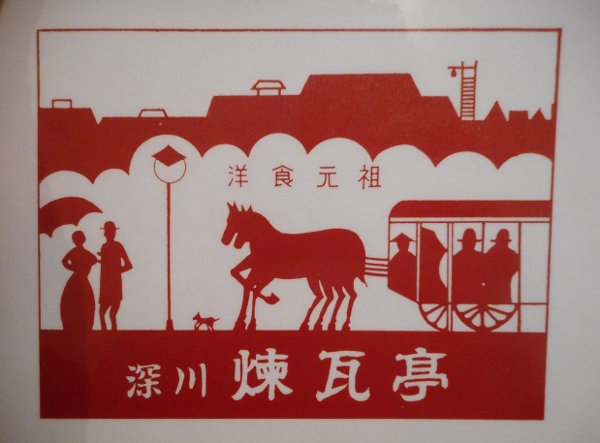 As such, “You can get certain dishes here that you can’t find at Ginza Renga-tei anymore, because they’ve discontinued them while we haven’t,” explained Mr. Ishikura, the fourth-generation owner. 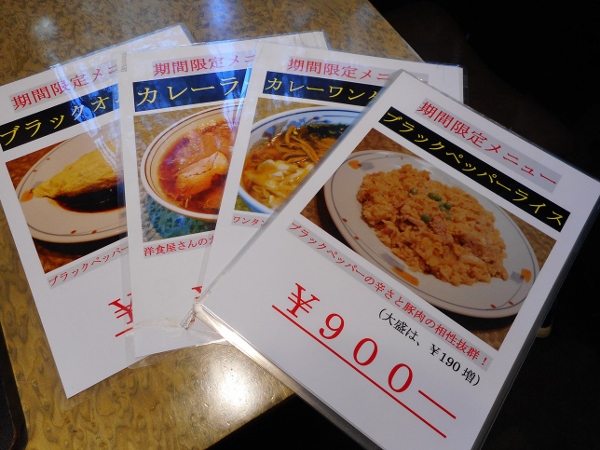 Fukagawa Renga-tei’s menu is the dictionary definition of Japanese yoshoku. It boasts some 70 plus items, each one a solid representative of Japan’s culinary delights.

“Aside from the menu at each table, we have these laminated photos of the foods to help us communicate with customers,” explained Mr. Ishikura’s mother, a kind soul who helps keep things running on the floor. “It’s been a big help with foreign customers in particular, most of whom seem to seek us out for a taste of authentic Japanese cuisine. Sometimes, they’ll come back day after day if they’re staying in the area, trying something new every time!” Additionally, an English menu is in development. 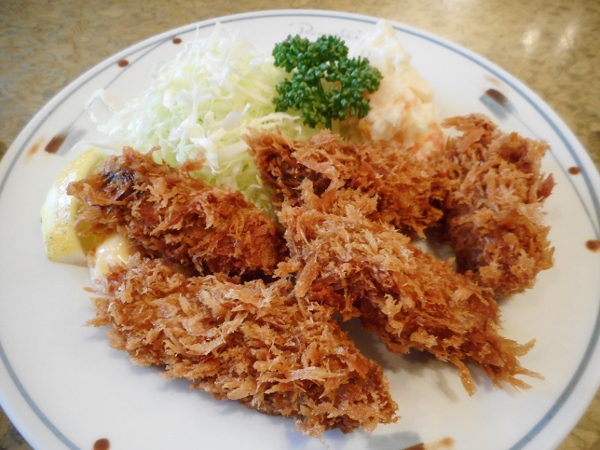 On the menu are various fried foods, which is a must at any yoshoku restaurant. Pork, fish and shrimp are standard fare, but a seasonal specialty you’ll want to try if you’re in Japan between mid-autumn and early spring is the kaki-fry, or fried oysters. Known as the “milk of the seas” in Japan, oysters are considered a winter delicacy, and their rich, creamy texture is even better accentuated by the crispy breading surrounding them. 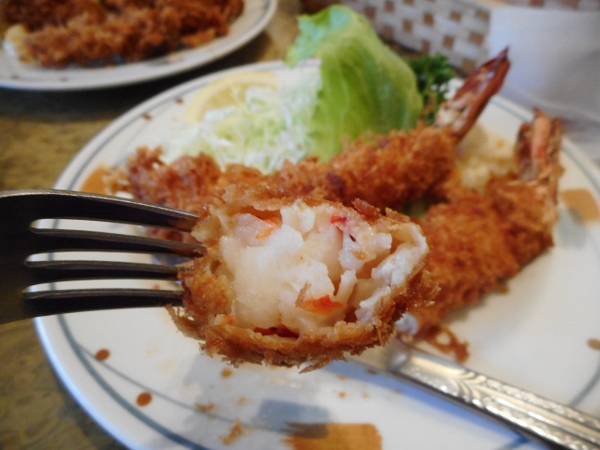 The ebi-fry (fried shrimp) is also delectable and available year-round. The tender plumpness of the shrimp is well-preserved by the golden panko batter. Yum! 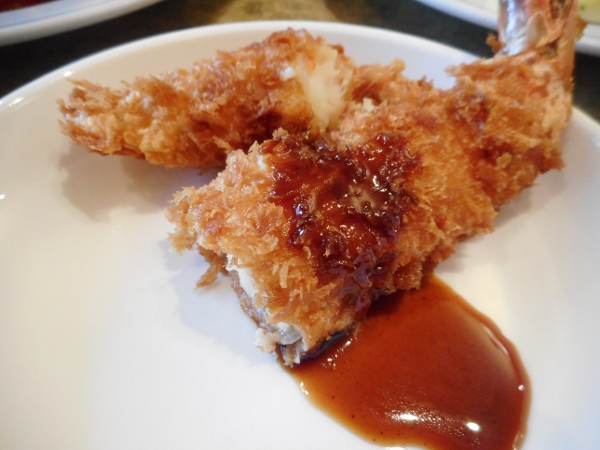 Another invention of Japanese yoshoku cuisine is the use of “sauce”. What kind of sauce, you ask? Well, the Japanese people simply called it “sauce”! And it’s understood across the nation that this ubiquitous, mysterious “sauce” is a condiment of medium saltiness with a good balance of sour and sweet thrown in, and that it goes perfectly with pretty much any fried food.

(Fun fact #2: historically, “sauce” was developed from Worcestershire sauce, which Japanese people liked better than demi-glace sauce for pouring over their foods. Nowadays, the recipe has evolved and it has become its own thing, and people in Japan often joke that the preference between soy sauce and “sauce” as the all-purpose condiment of choice in a household can make or break a marriage!) 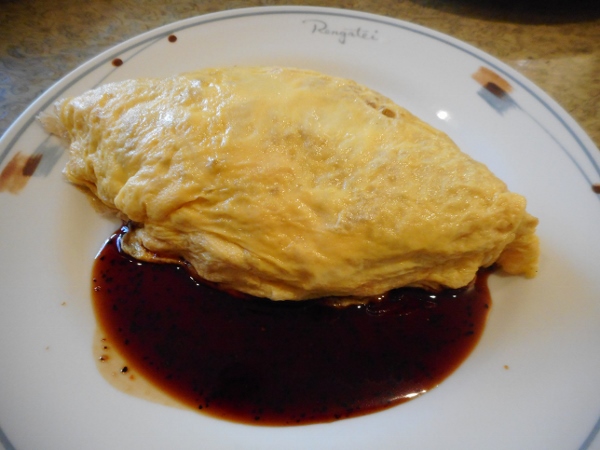 Going down the list to the curried dishes (curry rice), the hashed beef stews (hayashi rice), and the noodles, we find that there is also, of course, the iconic omurice. Regular omurice contains chicken fried rice flavoured with ketchup, covered with a fluffy omelette, and topped with more ketchup, but Fukagawa Renga-tei also serves Black Pepper Omurice during certain times in the summer and winter. The black pepper sauce is slightly spicy and quite addictive, giving the dish a more mature taste that will please those looking to taste omurice with a twist.

They even have their own original wine, which adds a sense of authenticity and history to the restaurant! I love the retro-cute design of the labels. 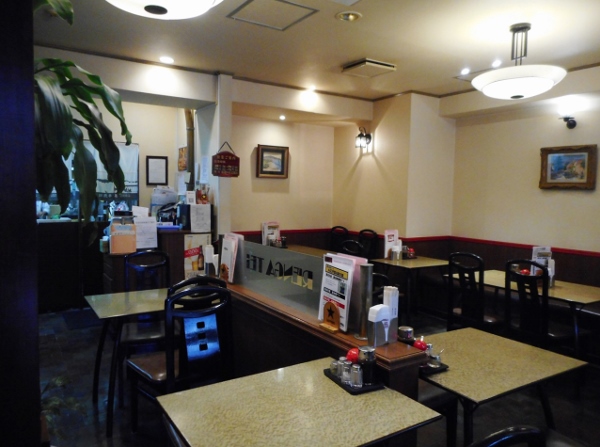 The exterior of the establishment itself is brick, staying true to the restaurant’s origins (renga means “brick”), while the inside retains an old-fashioned charm. There’s plenty of space for families as well as those who prefer to dine alone, and the atmosphere is comfortable enough for a casual meal, but also polished enough for a date. 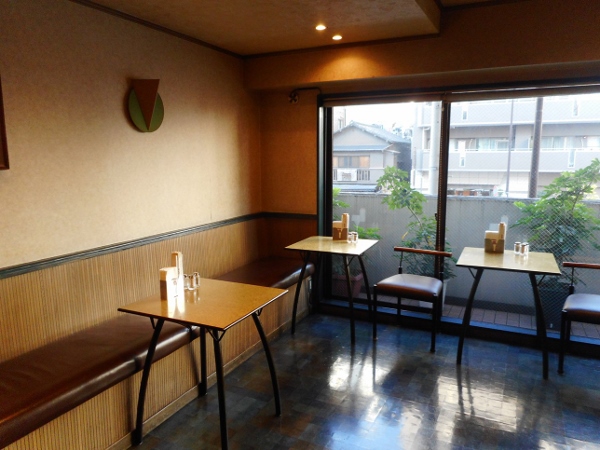 There’s also an upstairs, which can be modified to serve large parties. 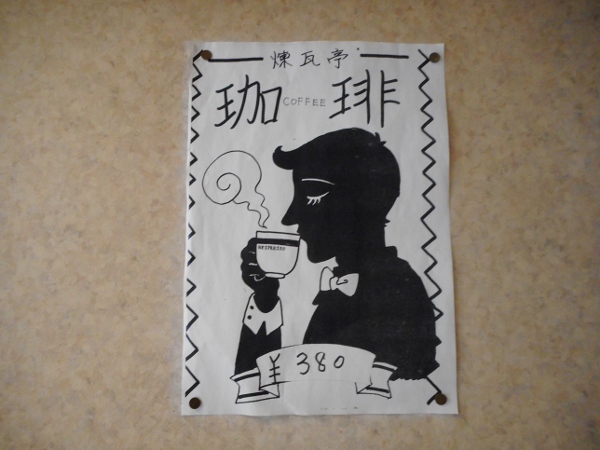 “We try our best to preserve the historical taste of the dishes,” Mr. Ishikura explained when asked about Renga-tei’s popularity with locals and tourists alike. “I trained under my father, but also at the Renga-tei in Ginza for a while, mastering every aspect of the kitchen and making sure I was producing food long-time customers can be satisfied with. If you look really closely, you’ll see that the menu contains typing errors—errors leftover from the days when foreign languages were still a novelty in Japan and many words were simply written as they sounded, before a more standardized system came along.”

Such unique details and respect for history have made Fukagawa Renga-tei a well-established restaurant, whose name rings far and wide as being a founding father of yoshoku cuisine. And the current staff members have clearly placed their pride in meeting the expectations placed upon them.

From a personal perspective, I loved the food at Fukagawa Renga-tei! It’s so simple and classically Japanese, without frills or ornaments; it’s the kind of food that feels nostalgic and comforting, that makes you want to seek it out every time you’re in the country. If you’re looking to experience true yoshoku cuisine, this is one place you won’t want to miss.

5% discount on total purchase amount over 2000 yen (excluding delivery) (discount amount will be rounded down to the nearest 1 yen unit).