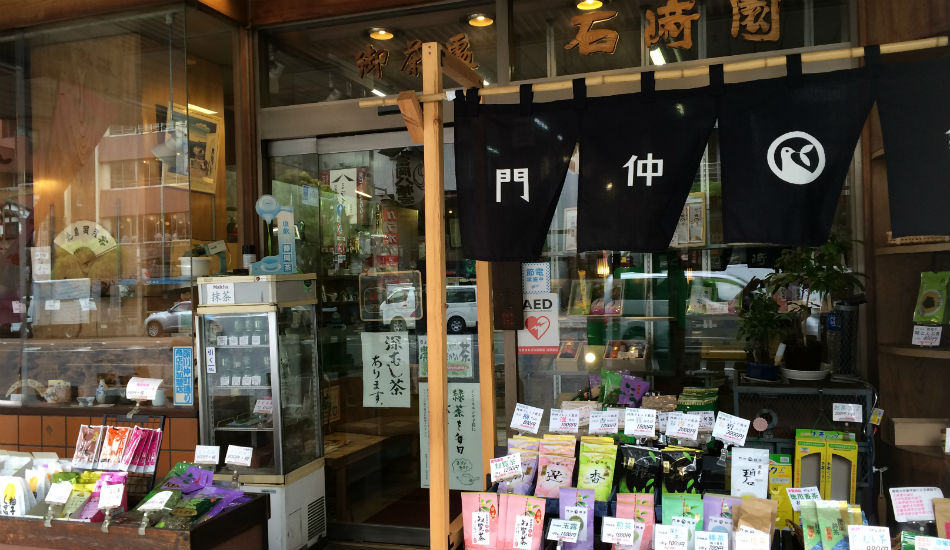 Tea and History in Monzen-nakacho

Few businesses last for 130 years and even fewer survive in exactly the same place for that length of time. However, 2017 marks the 130th anniversary of the tea shop Ishizaki-en, purveying Japanese tea in the very same location today as it did when it was founded in 1887. 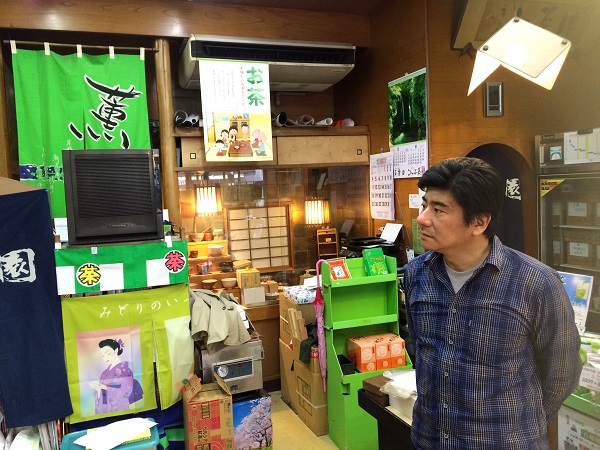 “I’m the fourth generation owner,” says Mr. Ishizaki as he produces several books of remarkable photographs dating back to the early years of the 20th century. “My father’s grandfather opened the shop right here on Eitai Street, just a few yards from the Fukagawa Fudo-son Temple and the Tomioka Hachimangu Shrine. In those days Tomioka Hachimangu was in the garden of Eitaiji Temple, which occupied a huge area of land and even had a pond and an ornate garden, which is a park now.” 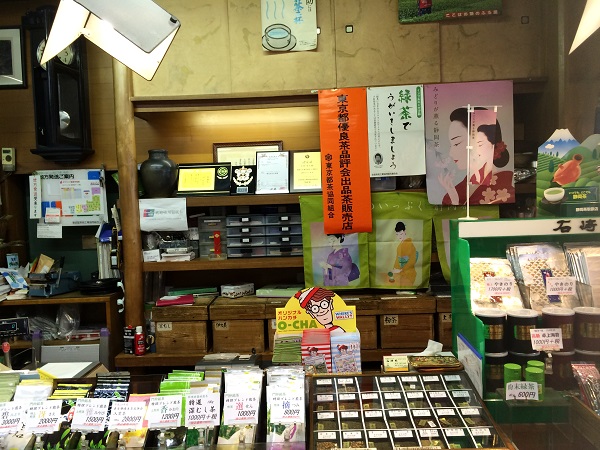 “We survived the Great Kanto earthquake of 1923, the war and the bubble period when many local people sold up to take advantage of astronomical land prices. We’re the oldest shop still doing business in this area. I grew up here and left after I graduated, working as a company employee for three years before returning to manage the shop with my father”. 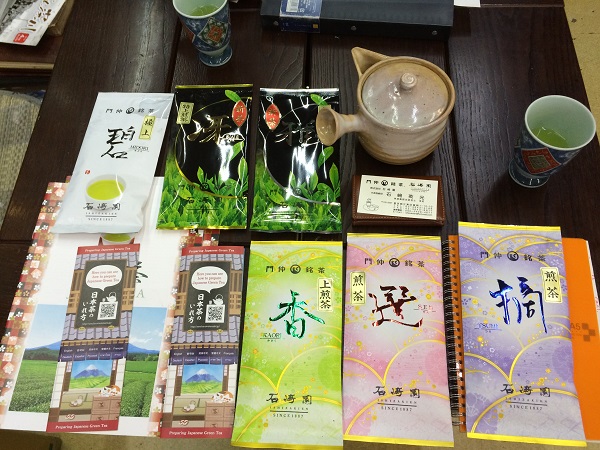 Mr. Ishizaki waxes lyrical about tea, his family business and their  intertwined history with the Monzen-nakacho area. “We sell all kinds of tea but our top sellers are our own original Meicha brand blends.”  He quickly makes a brew of the needle-shaped tea leaves and it’s delicious, with a deep green colour, strong but fragrant. 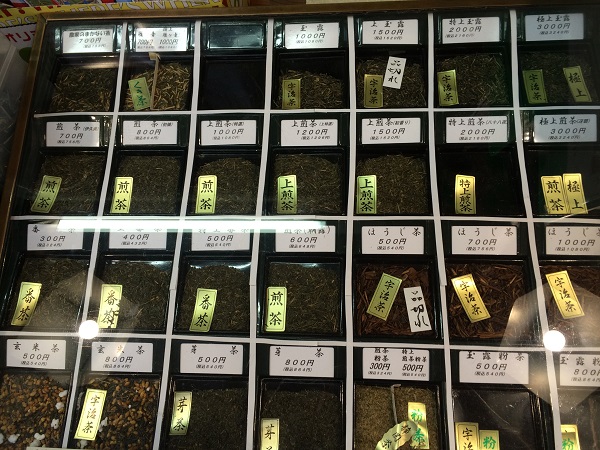 “We have new package design and are aiming to increase sales on the internet through the Alibaba site. Our customers are mainly local people although we have many tourists who visit Fukagawa Fudo-son and Tomioka Hachimangu Shrine dropping in. Many Chinese people, in particular, are developing a taste for Japanese tea. We probably won’t make a fortune but we want to introduce top-quality Japanese tea to as many people as possible”. 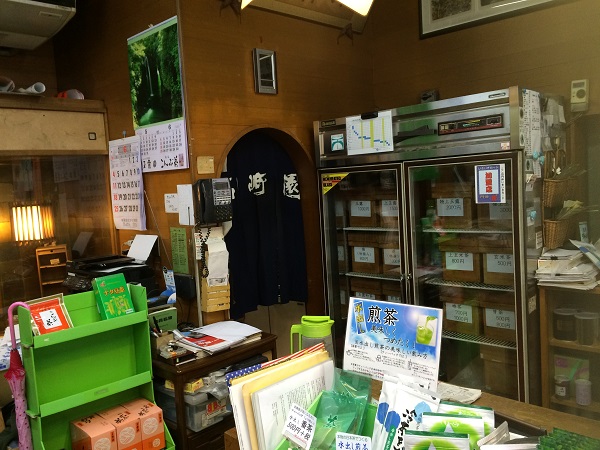 Mr. Ishizaki indicates his special tea refrigerator that maintains a 5°C temperature and 37% humidity level. To keep your tea fresh he recommends storing it at the back of a dark cupboard with the crockery, preferably in a caddy made of cherry wood. “The plates and so on keep the cupboard temperature cool and stable, while the cherry wood has no smell that it can impart to the tea”. 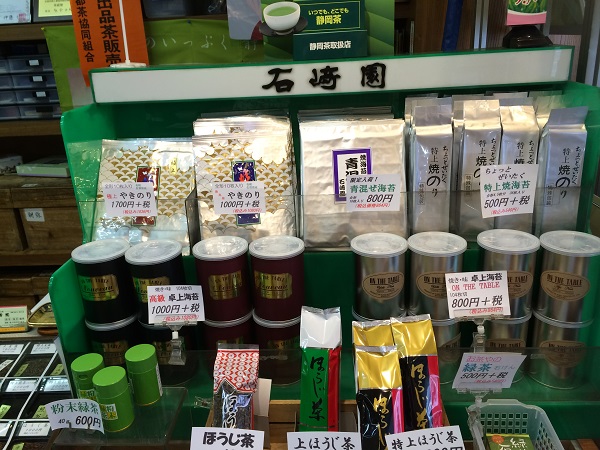 “I’ve heard that some people are using tetsubin (cast-iron tea pots) to boil water for making tea. This is dangerous as it can cause a chemical reaction. Soft water is better for your tea.” 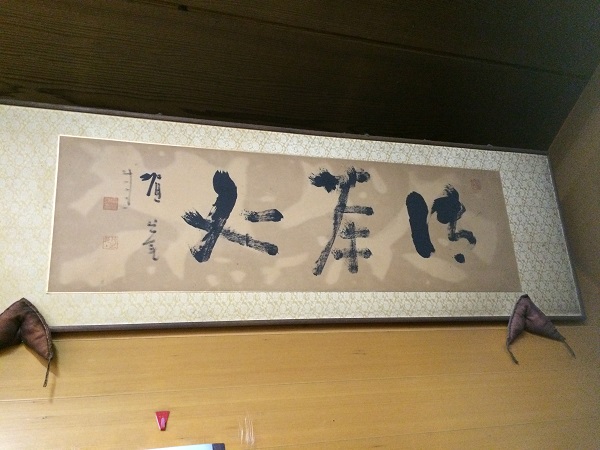 The rather mysterious signboard on the wall spells out the Chinese characters for “ocha dokoro” ( tea place ) but backwards, for some reason. 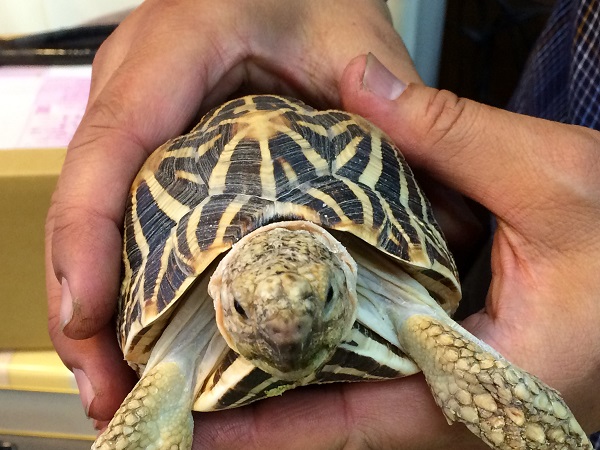 Mr.Ishizaki’s shop also features some special guests: his pet tortoises, a feature of the shop for many years now. Ishizaki-en is a great place to visit–it smells wonderful, is deeply redolent of yesteryear but also modern. 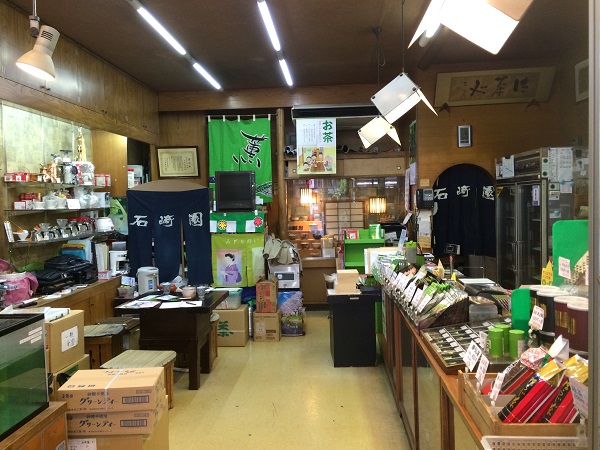 No visit to Tokyo or Koto-ku is complete without seeing Fukagawa Fudo-son and Tomioka Hachimangu Shrine. While in the area, why not drop in at Ishizaki-en; 130 years of history, a friendly welcome and some superb tea are waiting for you.