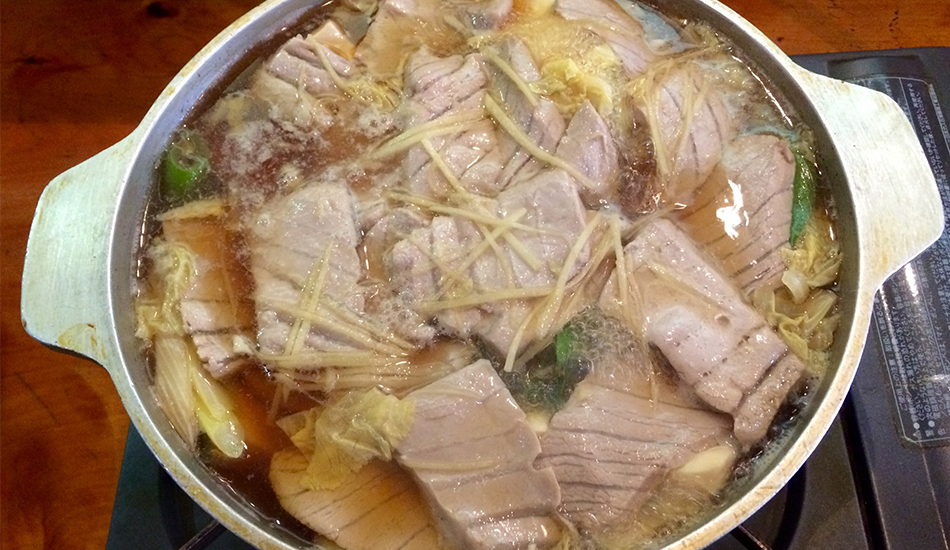 The Taste of Old Edo at Issui

Issui, the Japanese restaurant on Eitai Street midway between Monzen-nakacho and Kiba Stations, is in the forefront of continuing the great culinary traditions of Fukagawa, the Edo Period old town area that is now part of the modern Koto-ku. On a recent afternoon, I dropped in to meet the 4th. generation proprietor Mr. Toshihiro Oyama, a man who embodies the history and culture of the Edokko, the people born into long-established old town families. 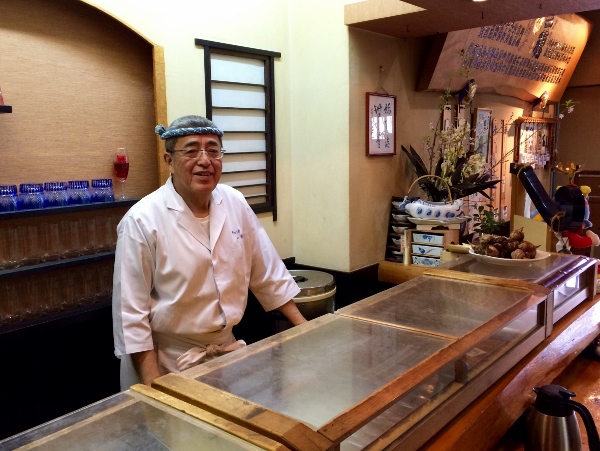 “We’re a sushi shop, first and foremost,” says Mr. Oyama, “Our headquarters, as it were, is the Matsuba-zushi restaurant in Miyoshi, near Kiba Park. The business was established in 1894. My brother currently runs that place; he’s a real traditionalist and serves only sushi. Although we have a variety of dishes on the menu, as you can see, and we’re most famous for the tuna hot pot (“negima nabe” in Japanese), we’re actually a sushi restaurant.” 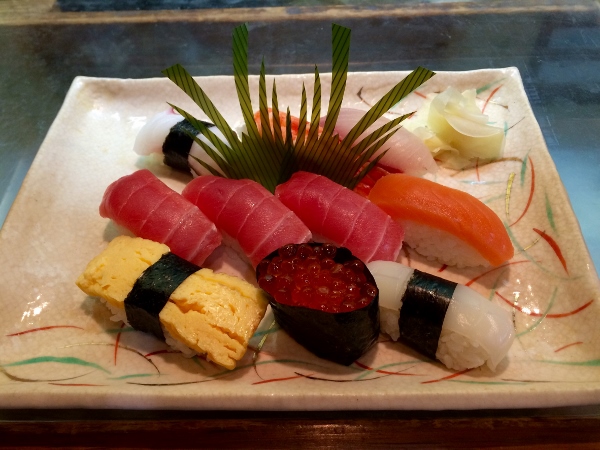 Mr. Oyama’s six-year-old granddaughter is in the restaurant as it’s the spring holiday. He takes some fish from the refrigerator and creates a plate of sushi for her in the blink of an eye. Doesn’t that look great! She sits quietly and tucks in. 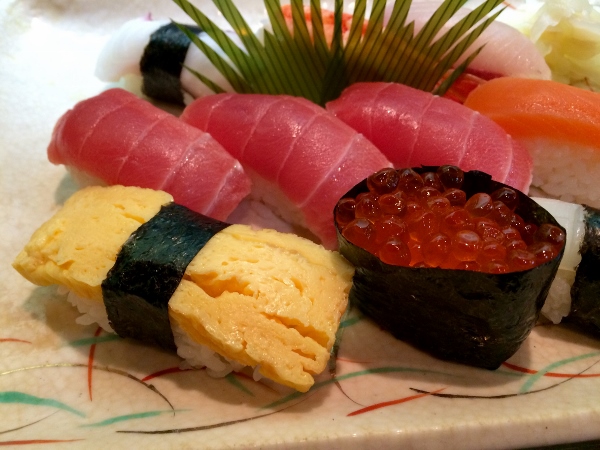 “I go down to Tsukiji market and buy fish, of course,” says Mr. Oyama. “Nowadays I’d say our lunchtime business is mainly grilled fish lunch sets, while in the evening about 90% is the tuna hot pot.” 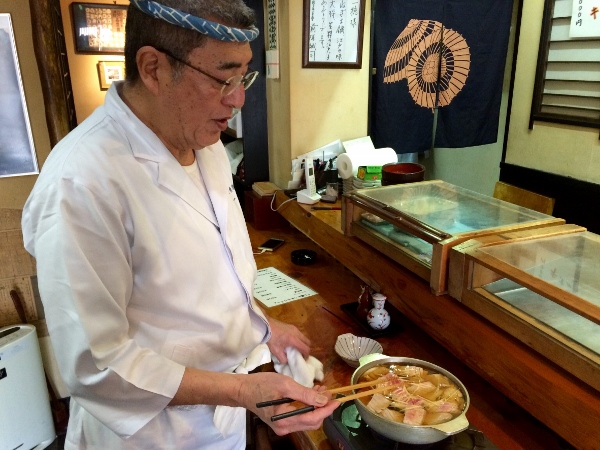 The tuna hot pot (negima nabe) is real old town Fukagawa food, as Mr. Oyama explains. “In the old days during the Edo Period, the samurai didn’t eat tuna as sushi. They called it “shibi” and disdained it because of the blood red colour. Sushi was mainly white fish and shellfish from Tokyo Bay. The bay was in front of the town of Edo, modern Tokyo, so the fish and rice snack was called Edomae-zushi, “mae” meaning ‘in front of’ in Japanese.” 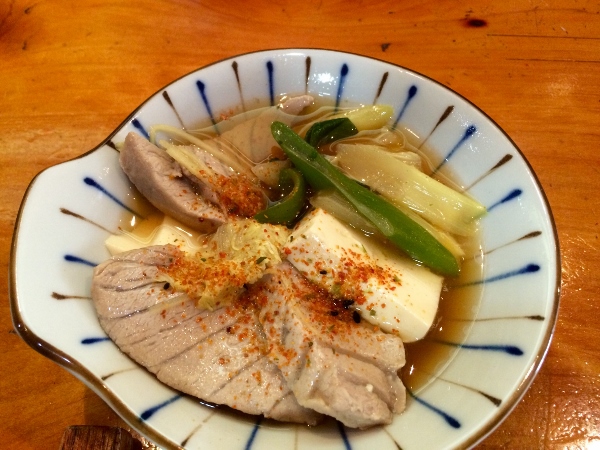 “Later on people began eating tuna but only the reddest part, the “akami”. The rest was thrown away or used for other purposes like fertilizer. Don’t forget, there was no refrigeration then, no way to keep the fish fresh. In the fishing port of Chikura in the south of Chiba prefecture, they began to cook the leftover tuna and it developed into this hot pot, spread to Edo and to Fukagawa where it became a signature dish,” adds Mr. Oyama. It’s a wonderful concoction, slices of fatty tuna, long onions and tofu in a light soy sauce broth with a touch of grated ginger. A dash of mixed peppers and it’s perfect. “The fat from the tuna creates a rich flavour so the initial broth is mild. You can leave the pot to simmer and the fish will remain soft and juicy. It won’t become hard, again because of all the fat.” 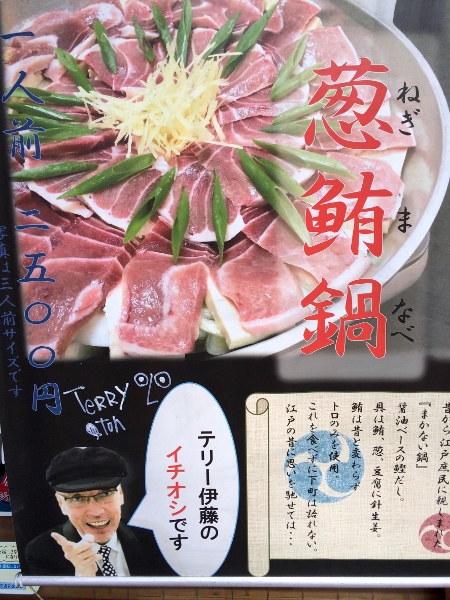 A large photograph of popular television personality Terry Ito adorns the front of the restaurant. When I ask why, Mr. Oyama says, “We were at school together, both junior and senior high school. We’re the same age and were in the same class. He’s from Tsukiji. He sometimes drops in to eat the tuna hot pot.” In fact, Mr. Oyama and his wonderful food have been featured on Japanese television some 20 times, countless more times in domestic magazines and newspapers, with media from as far away as Thailand and Singapore coming to interview him. 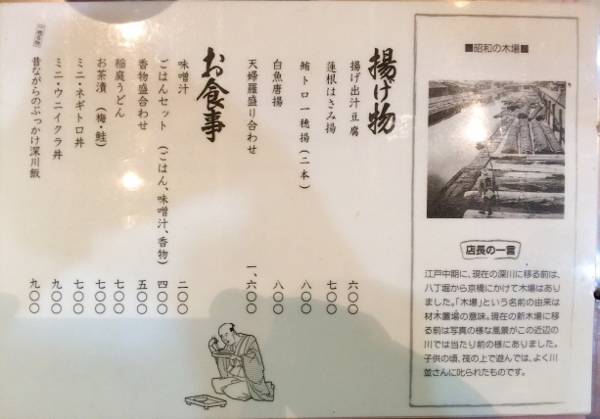 The stylish menu features photographs of old Kiba from the days when it was a floating lumberyard, together with Mr. Oyama’s reminiscences of his youth. 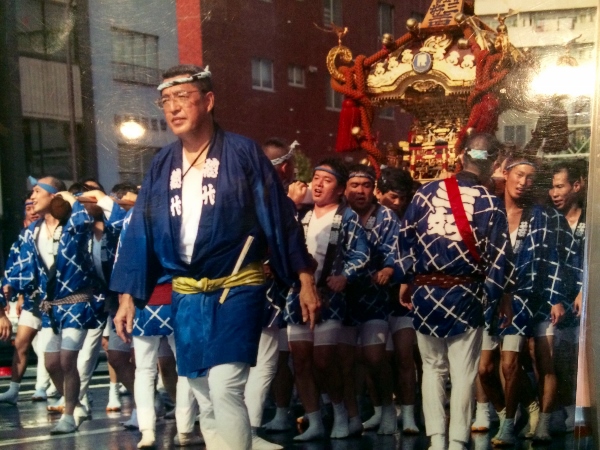 “Of course I join in the Fukagawa Festival,” he says, “My grandfather took me as a baby and I’ve been there every year since. I’m 68 now, so I’ve been there for 68 years!” Mr. Oyama works hard to preserve and promote traditional Fukagawa culture. On March 29th. he’ll be cooking on a boat tour of cherry blossom viewing spots with a TV crew and will be representing Tokyo at gourmet food festivals in Hakodate and Asahikawa in Hokkaido in September. Also in September, he’ll be participating in an event to promote Tohoku produce at Tomioka Hachimangu Shrine, while in October is the local Kiba Festival, a huge event that draws crowds of 400,000 people to Kiba Park for two days of food, music and all manner of wonderful things. “This is my town so I want to do what I can to help,” he says. 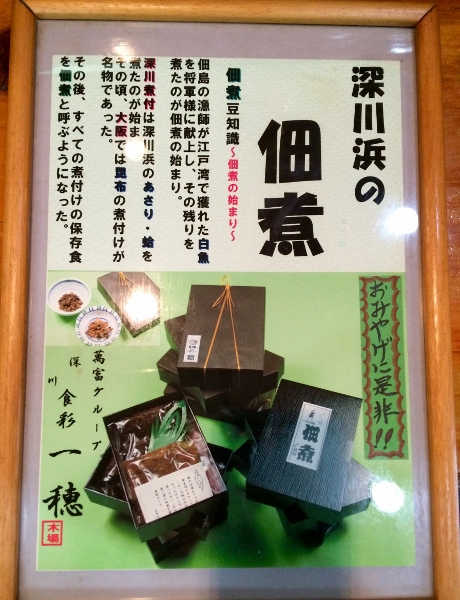 Clams play a great part in the traditional food culture of the area. Issui is famous for its Fukagawa-meshi, a dish of rice topped with clams and long onions cooked in miso. These are clam tsukudani, a preserved food made by cooking fish and vegetables in soy sauce, sake, sweet rice wine and a variety of ingredients. Tsukudani have been made in the Fukagawa area for hundreds of years and are still popular today. 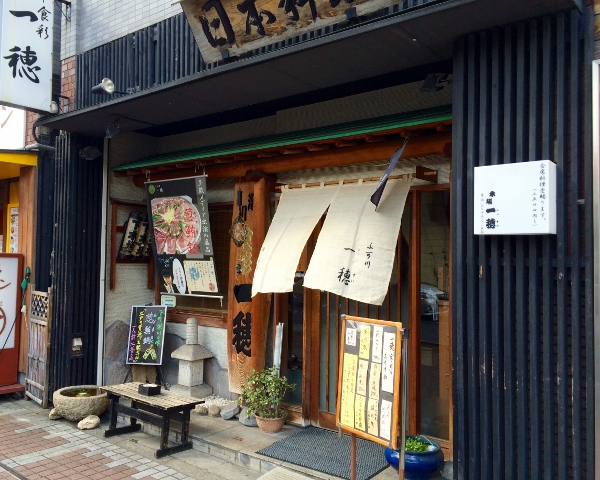 If you’d like to experience the great taste of traditional Fukagawa-style food then Issui is the place for you. The negima nabe is not only extremely delicious it’s also very reasonably priced, especially if you share with another person. “The more tuna in the pot the better it tastes,” as Mr. Oyama says. If you’re living, working or visiting Tokyo on holiday then you should try Issui. Like its proprietor it really does encapture the true spirit of Koto-ku.

One free pint of draft beer while eating/drinking in store.