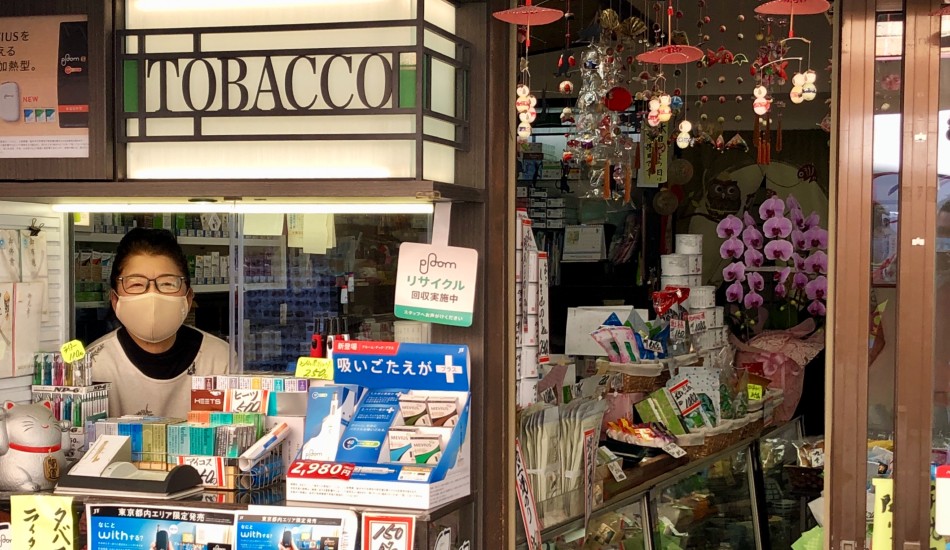 Time for Tea at Kiminoen

Kiminoen is a marvelously traditional Japanese tea shop on the famed Sunamachi Ginza, owned by the exceptionally friendly and knowledgeable Ms. Hiroko Mori. On a recent springlike morning, we dropped in to talk tea, teapots, tobacco and a whole lot more. 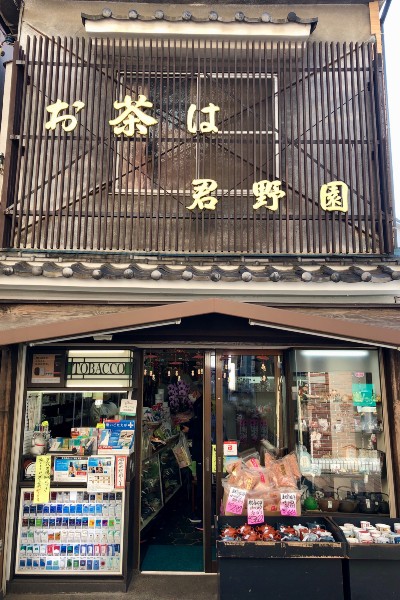 Coming from the Meiji street end of Sunamachi Ginza, Kiminoen is about halfway along on the right, just opposite the glasses shop. Established in the early 1950s, the shop is redolent of the post-war years in both its design and comfortable atmosphere. 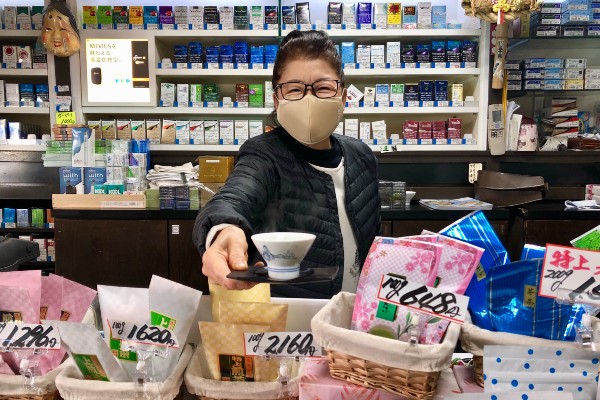 We’d barely made our introductions before Ms Mori was offering me a cup of tea! As you’d expect it was terrific, strong and rich but with a pleasant rounded flavour. Why does it never taste this good when I make it at home? As Ms. Mori told us, her father worked for a tea company until he and the company president opened a shop together on Sunamachi Ginza. Mr. Mori became independent and took the name of his former company for the shop, a common practice in Japan. Sadly, her father was stricken by illness, causing her to leave music school and run the shop with her mother. 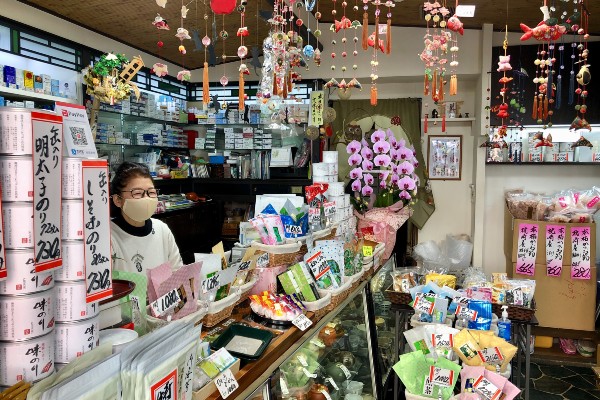 Clearly, she had a head for business as well as music, since the shop thrived and still does a handsome trade today. “With the State of Emergency, teleworking, and the current stay home policy, many people have been treating themselves to small pleasures. Our sales of higher quality tea have increased over the past year; many customers thinking that if they have to remain indoors it may as well be with a nicer cup of tea than usual,” she explained. 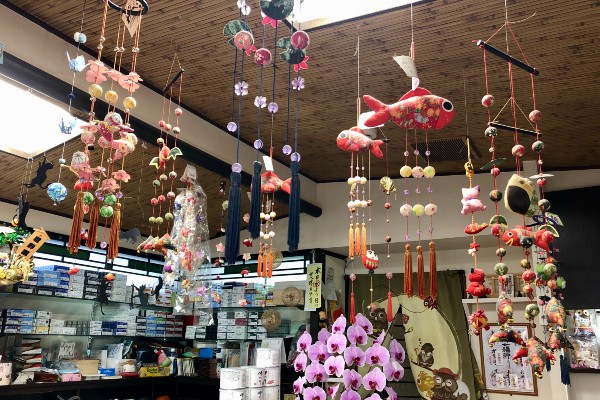 “All our tea comes from Shizuoka Prefecture. The growers produce tea for the wholesalers, some of whom actually own their own tea farms, which reduces prices. Our top priced tea is 1,620 yen, including tax, per 100g packet. Many customers purchase tea in the 1,000 to 1,200 yen range but sales of the more expensive teas have increased since last year.” 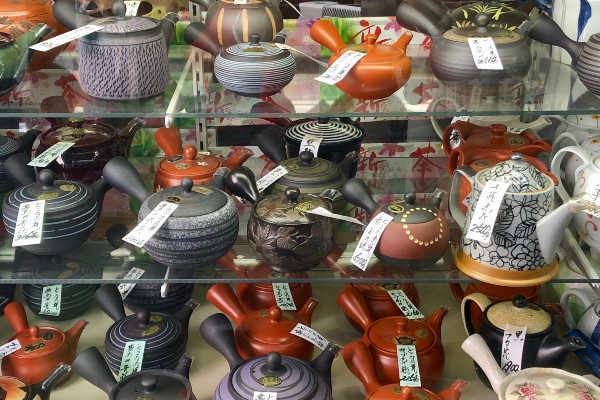 Tea is useless without a teapot and Kiminoen has a fine selection. “These days I tend to order pots that I like myself rather than those which I think would sell well, “adds Ms. Hori. Prices vary wildly, from a couple of thousand yen to eye-opening numbers for the work of a famous potter. 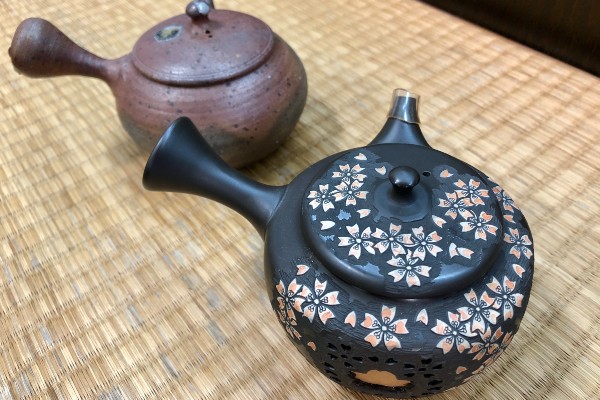 These two beauties would fall into the latter group. 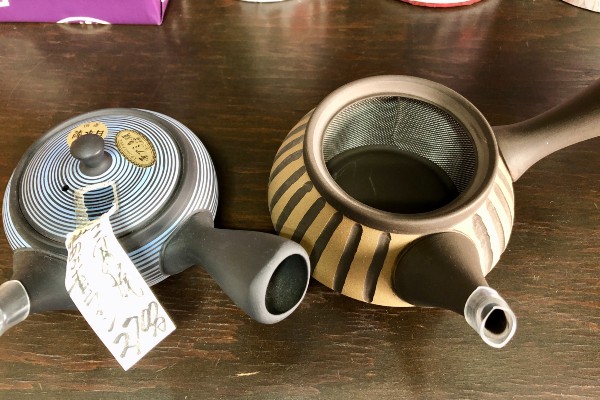 Modern teapots often have a mesh net fitted inside the pot itself, like the one on the left. “Tea has changed over the years and the pots have adapted too,” explained Ms. Hori. “Nowadays the leaves are steamed for longer than in the past. This makes the resulting tea stronger but also more powdery. These internal mesh nets are finer and trap more of the tea leaves.” 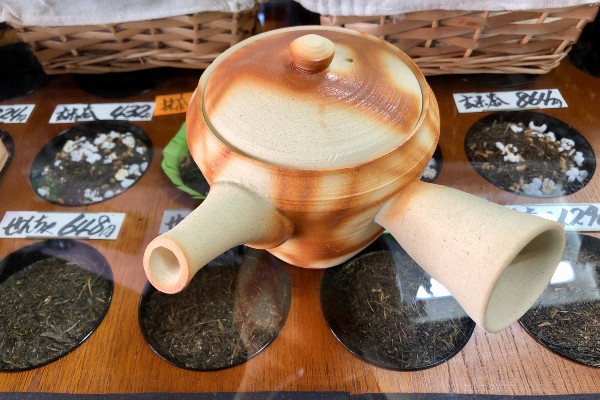 Ms. Hori also turned her hand to designing and making her own teapots, which are on sale in the shop. “I don’t waste the leftover tea leaves either,” she said. “I make a gargle which I use every day, especially in winter. Other leftover leaves I put into a very fine net which I use in the bath instead of bath salts.” Interestingly Ms. Hori, like many other tea shop owners who habitually drink a lot of green tea and even bathe in it, has exceptionally fine skin and a spritely, youthful demeanor. 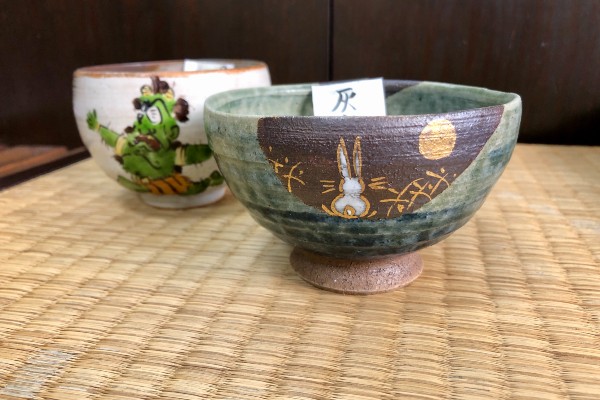 Kiminoen also stocks a wide selection of cups in a variety of designs, both traditional and modern. 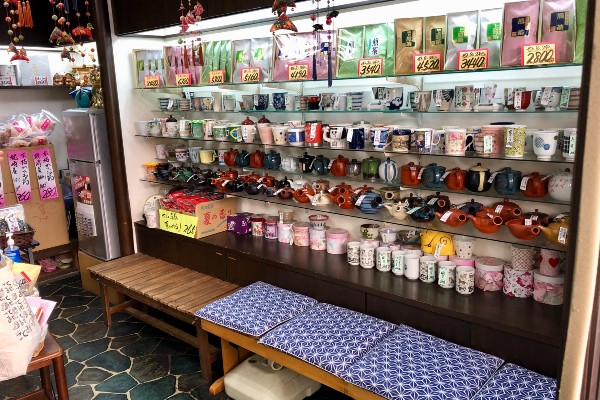 Customers can even take a seat and have a chat while perusing the many interesting items for sale. 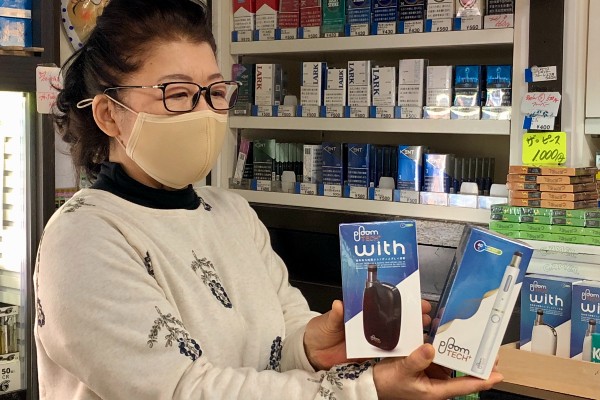 Like many traditional tea shops Kiminoen also sells cigarettes. Ms. Hori prides herself on being able to remember which brand her customers smoke. “We stock some quite rare and unusual brands, in some cases just for individual customers who buy a carton every month or so.” As if to prove the point a longstanding customer came into the shop and his brand was on the counter before he could remove his wallet. “We are currently offering a sizable discount on this e-cigarette system, around 30%,” she explained. 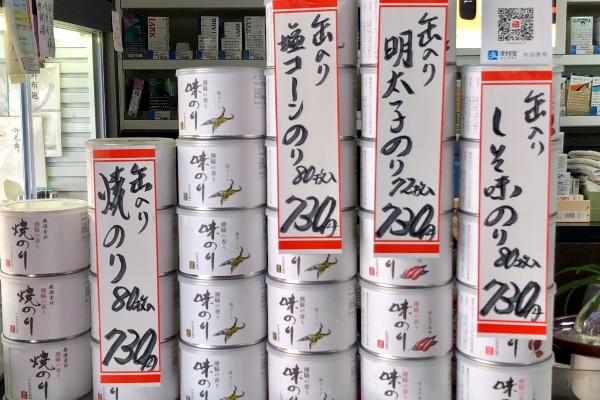 Alongside tea and its many accoutrements, Kiminoen offers tobacco products, seaweed paper (nori), and bonito flakes (katsuobushi), a major ingredient in many Japanese dishes. 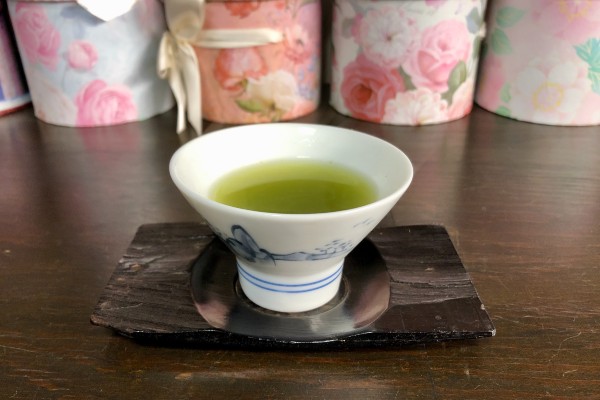 The shop also smells fabulous, as the air is perfumed by a tea steamer. A regular stream of customers visited the shop, while several more called out greetings as they passed by; Sunamachi Ginza was lively in the spring sunlight as shoppers thronged the street, taking advantage of the weather. A stroll down Sunamachi Ginza, stopping here and there to sample some tasty treats from the myriad food shops that line both sides, is a very pleasant way to spend an afternoon. Drop in to Kiminoen and Ms. Hori will be more than happy to satisfy all your tea-related needs.