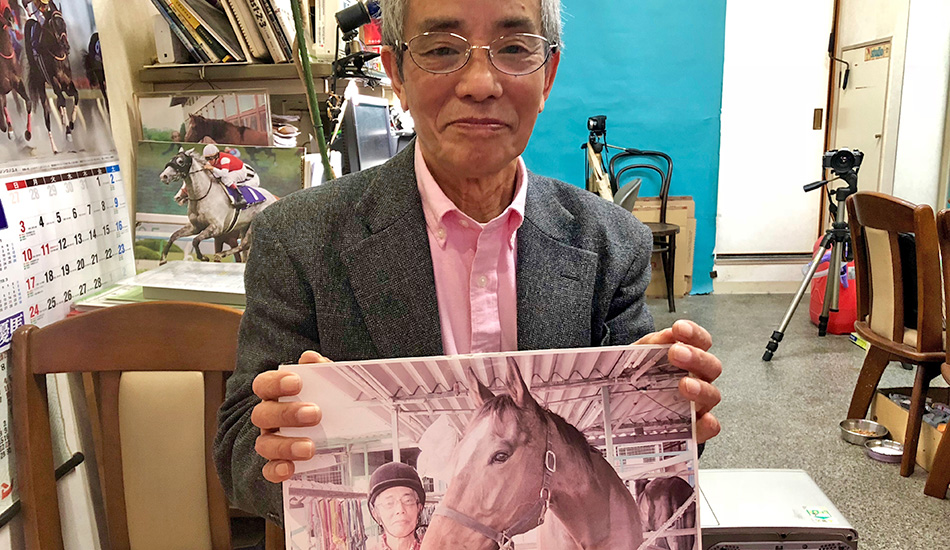 Mr. Yoshiaki Suzuki, proprietor of Photoshop DIA, is a most remarkable man: a professional photographer, an equestrian, a sports-loving bon viveur, and a stalwart of the local community. On a recent wet and windy spring afternoon, I visited his place of work where, over a fine cup of coffee, he talked about his life and current business. 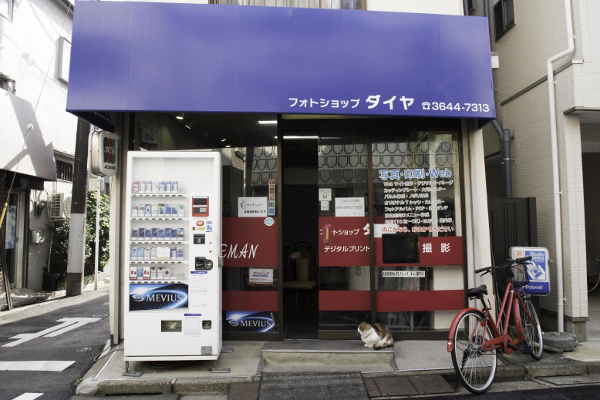 “My father was a tailor, and this was his shop. It was originally called DIA when he opened it. He left it to me, I moved in here in 1980 and remodelled it to use as my photo studio,” explained Mr. Suzuki. 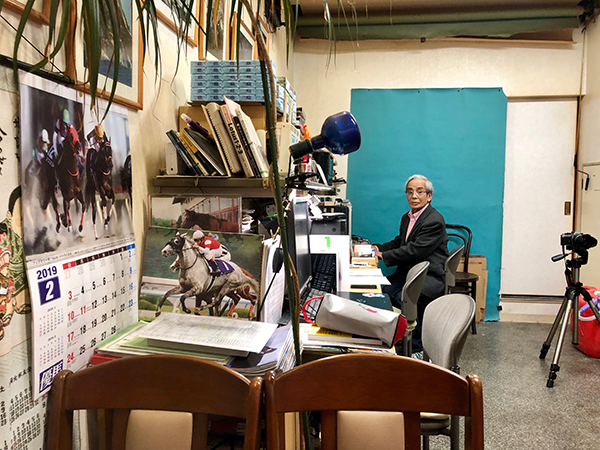 Mr. Suzuki worked as a professional photographer for four decades, mainly photographing objects for advertising, promotional material, catalogues, newspapers and magazines. “Clothing, accessories, food, snacks: you name it, I photographed it,” he remembers. “The lighting for object photography (butsudori in Japanese) is particularly challenging as so many of the items reflect light. We had to build elaborate boxes with gauze to reduce reflections. Of course, there were no computers or software to enhance the images in those days. It was all down to skill, technique, and experience.” 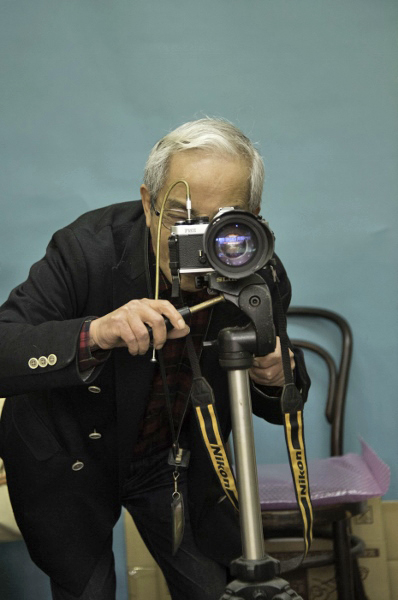 In his studio, Mr. Suzuki took ID photographs for passports and the like. He also took family photographs, especially for the shichi-go-san festival in November when seven-year-old girls, five-year-old boys and three-year-old girls wear traditional attire and visit a shrine with their entire family. It’s traditional to have a family portrait taken at the same time to commemorate the event. Nowadays Mr. Suzuki mainly takes ID photos for passports, job applications, My Number cards, and the like. 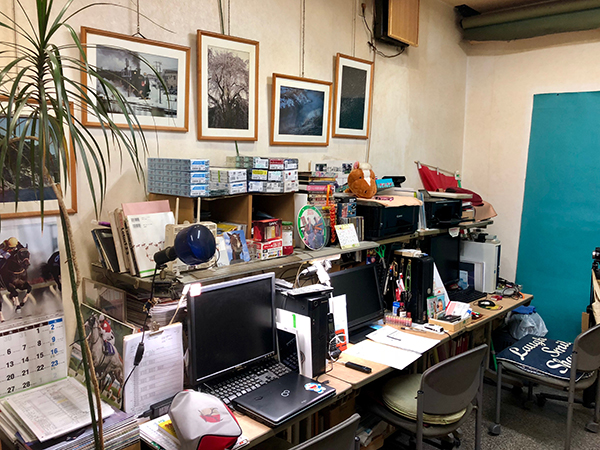 In recent years people have wanted to digitize the many books of old photographs they have at home and this work keeps Mr. Suzuki busy too. “I do all kinds of stuff. I’m even helping someone with his tax returns at the moment. This place is actually registered as a restaurant so I could operate it as a cafe, if I wanted.” 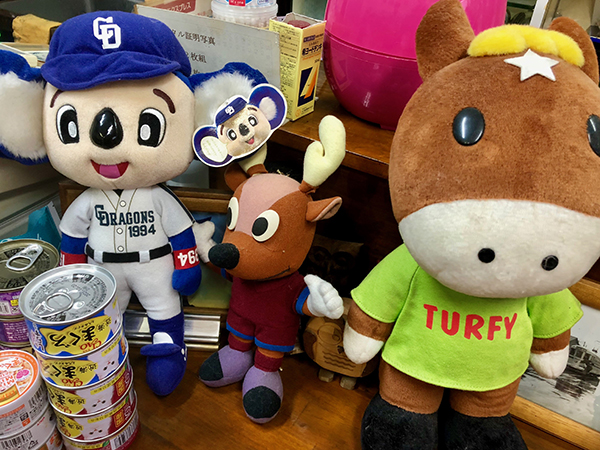 The three soft toys on the counter are a clue to Mr. Suzuki’s lifelong hobbies. In the middle is Shikao, the mascot of Kashima Antlers, the most successful football club in J1 history. Mr. Suzuki has been a supporter since the 1980s, when the club was Sumitomo Metals FC in the old Japan Soccer League. He still goes to attend games now. On the right is Turfy, the official mascot of the Japan Racing Association, the JRA. Horses and equestrian events have been a lifelong passion. “I competed in the Chiba qualifiers for the 1964 Tokyo Olympics and had my own horse in Chiba until a couple of years ago,” he says. “I still go to the races every week and enjoy a flutter”. 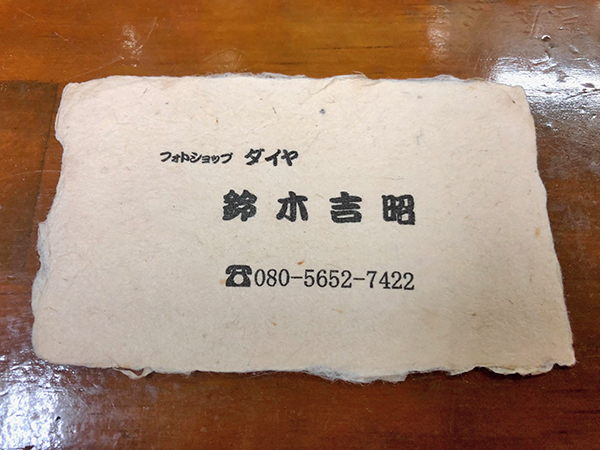 When he runs out of name cards, he makes new ones himself in Ogawa, Saitama. Ogawa is the centre of washi papermaking in the Kanto region and received UNESCO Intangible Cultural Heritage Status in 2014. No two cards are exactly the same! 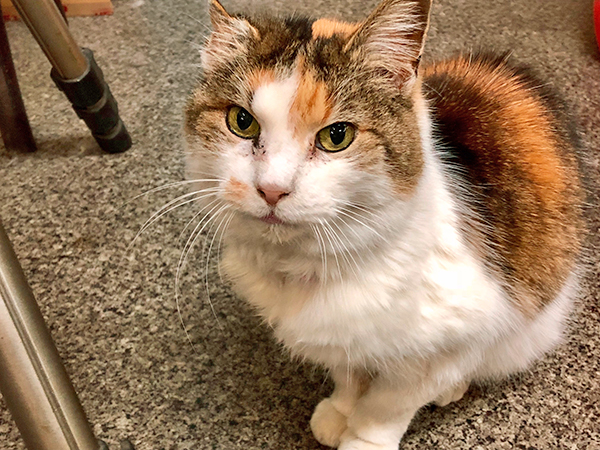 Miké, the wild cat adopted by Mr. Suzuki some 18 years ago, is a constant companion. Miké sleeps in the shop on an old stool, retiring early at around 7pm. In the morning, he acts as an alarm clock, waking Mr. Suzuki up for his breakfast! 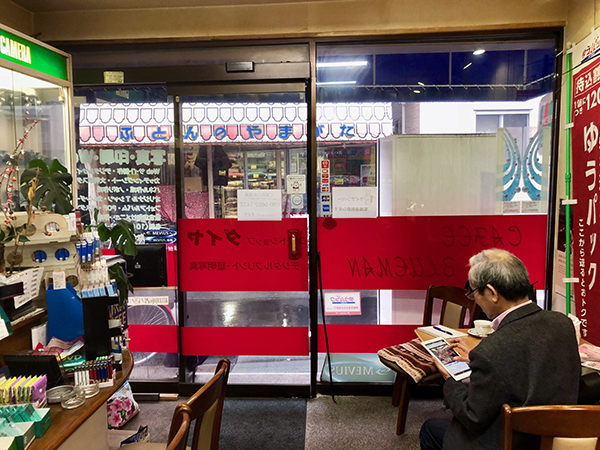 Photoshop DIA also sells cigarettes. Apparently, the local tobacconists closed a few years ago, so Mr. Suzuki took over the machines and keeps some packets in the store. 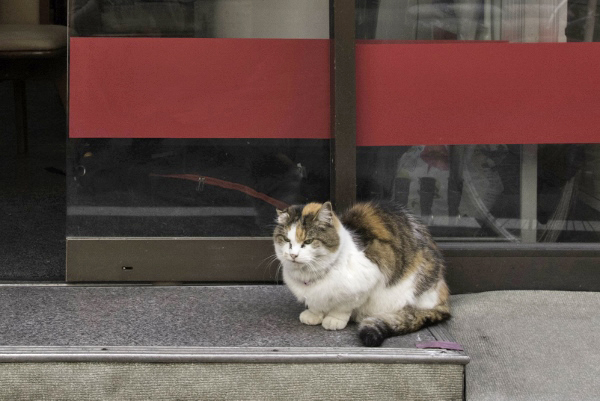 If you’re in need of an ID photograph and prefer the human touch, then why not drop in to Photoshop DIA. You could enjoy a fine cup of drip coffee and a pleasant conversation with a remarkable man! And Miké the cat will be there too.