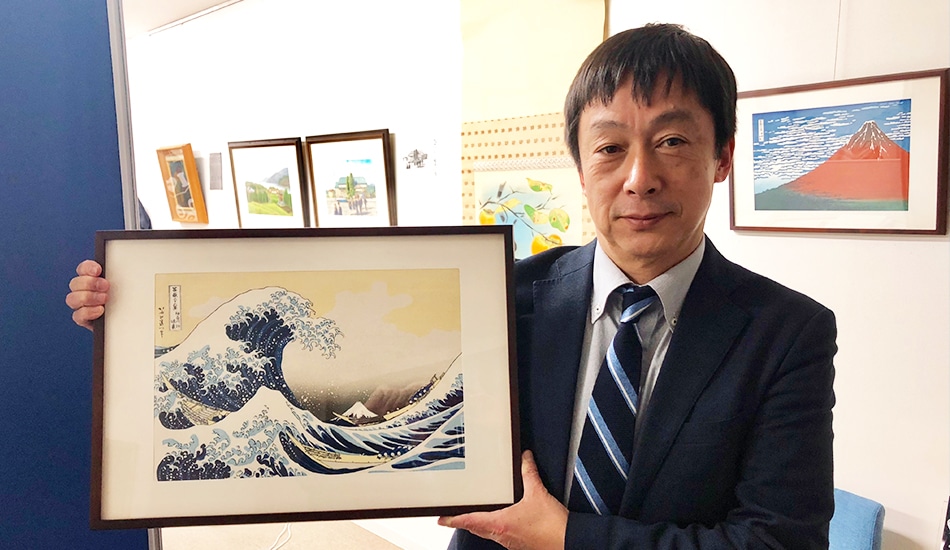 Koto-ku is home to a rich variety of businesses, where the only limit seems to be the imagination of the proprietors. One of the more unusual places we’ve come across recently is the real estate company Rias, which doubles as an art gallery specializing in woodblock prints. Now that’s something you don’t hear every day! 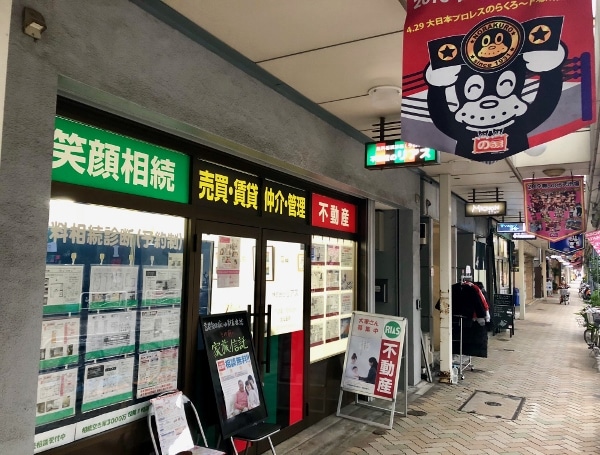 The Morishita and Takabashi areas of Koto-ku are home to the shopping street better known as Norakurodo. The appellation is a contraction of “Norakuro Road”, named after the popular manga character Norakuro, a black-and-white dog first created in 1931 by local comic book artist Suiho Tagawa. The road features a variety of unique and interesting shops, cafes and restaurants, as well as a culture centre and museum dedicated to Mr. Tagawa and his canine creation.  On the north side of the street we can find the outwardly unassuming facade of the real estate company Rias and the Kesen Art Gallery. On a recent afternoon I dropped in for a chat with the owner, Mr. Shigeru Sasaki. 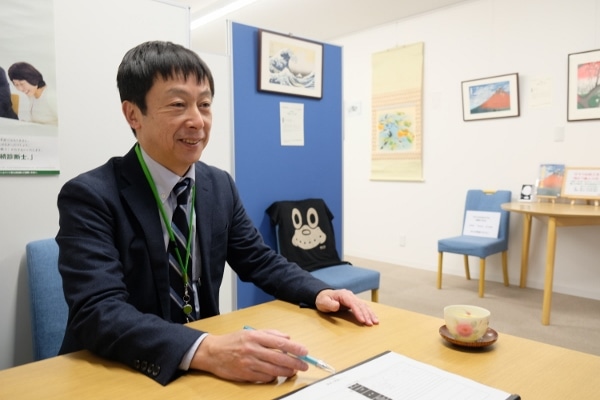 A real estate dealer for over 25 years, the trim, dapper, and affable Mr. Sasaki has a wide range of professional qualifications: he’s a registered real estate broker, a real estate consulting Master, an inheritance diagnostician and a licensed estate agent. Buying, selling, renting, and managing property, or dealing with knotty inheritance problems, Mr. Sasaki can handle it all. 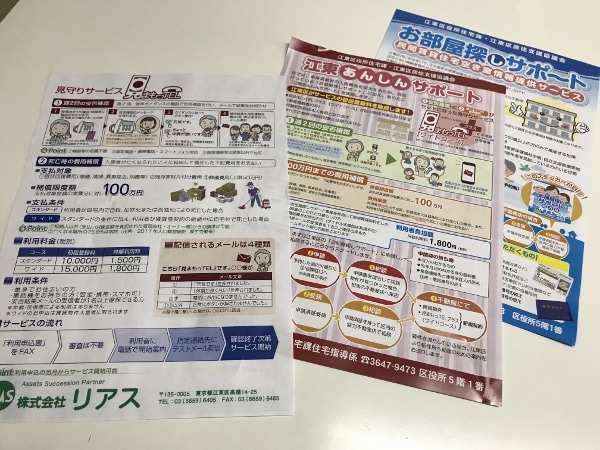 He also works with Koto Ward as a member of the Koto Anshin Support, a group that provides services to vulnerable members of society.

But it’s the art gallery and art business Mr. Sasaki most wants to talk about. Firstly though, what about the name Rias? “A ria is a geographical feature,” he explains, “a coastal inlet like a river valley connected to the sea. My home area is Kesen in Iwate Prefecture, north-east Japan, where the coastline is renowned for its rias.” The Sanriku coastal area was one of the hardest-hit by the devastating earthquake and tsunami of March 2011, as the narrow rias channeled the enormous volume of water even higher as the waves raced up them. 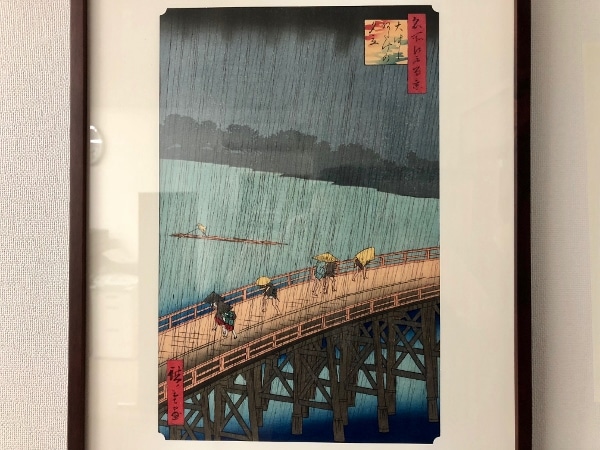 The current exhibition at Kesen features woodblock prints by both Hiroshige Utagawa and Katsushika Hokusai. This work, Shower on Ohashi Bridge at Atake, is one of Hiroshige’s Hundred Famous Views of Edo series and features a view over the Sumida River not far from the Rias office. 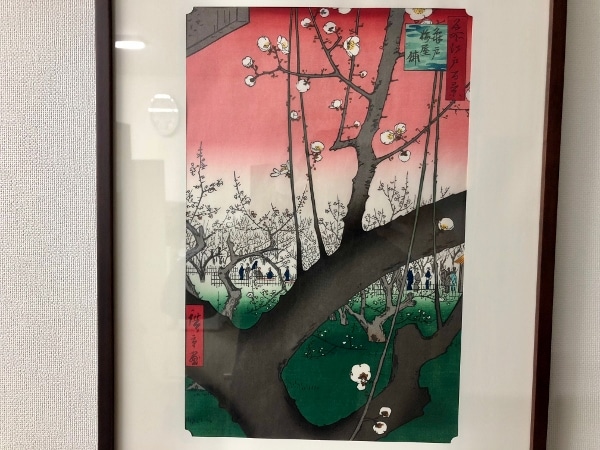 Hiroshige was also responsible for another iconic image of old Edo, the Umeyashiki at Kameido. Created in 1857 as the 30th print of the series, it shows the most celebrated tree in Edo, the “Sleeping Dragon Plum” in the plum garden at Kameido in Koto-ku. Sadly, the plum garden no longer exists but the woodblock print can be yours for 14,300 yen. Van Gogh owned copies of both these prints and painted his own versions in oils. 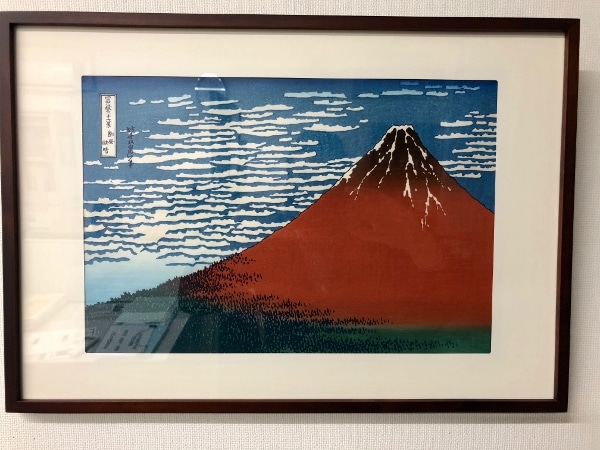 Also featured is Hokusai’s Fine Wind, Clear Morning (perhaps better known as Red Fuji) from his series, 36 Views of Mount Fuji. Created between 1830 and 1832, it’s one of the most recognizable pieces of Japanese art, along with the same artist’s Great Wave off Kanagawa. The woodblock prints are very beautiful and would make top quality souvenirs. 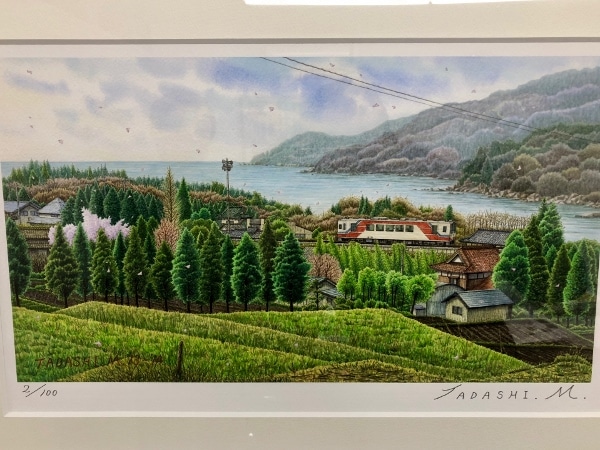 The most poignant artworks on display were both created by the noted railway landscape painter Mr. Tadashi Matsumoto. As Mr. Sasaki explained, “Purely by chance I visited a solo exhibition by Mr. Matsumoto and found this print, titled Flowers Bloom Again. It depicts the area near Yoshihama on the Sanriku Railway Rias Line in Iwate Prefecture.” 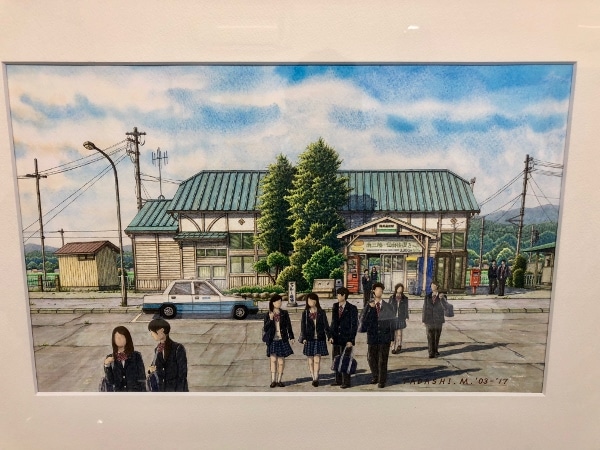 “I was moved by the nostalgic feelings the scenery evoked in me; the view over the coastline, the stations and the train running through the middle of the area where I was born and grew up. I commissioned Mr. Matsumoto to produce an artwork for me to display in the new office and we came up with this view of the station I used as a schoolboy. It’s Rikuzentakata station on the Ofunato Line. The old wooden station shown here was destroyed in the 2011 disaster and the line now stops at Kesennuma Station. A Bus Rapid Transit service operates from Kesennuma via the rebuilt Rikuzentakata Station to the terminus at Sakari.” 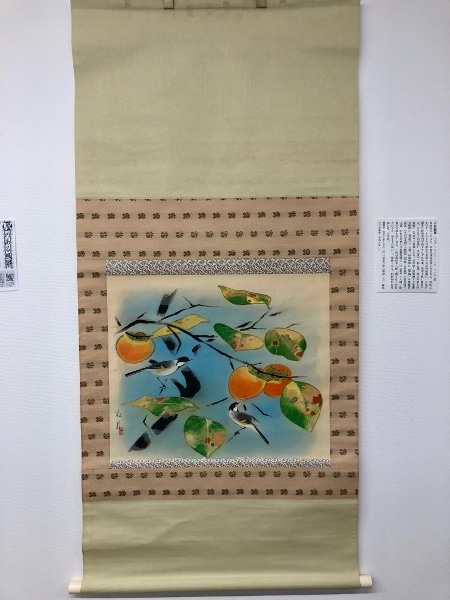 Mr. Sasaki is currently interested in promoting hanging scrolls as art. In traditional Japanese houses hanging scrolls (kakejiku) are hung in an alcove above a display of flowers or an elegant item of pottery. They can be changed to match the seasons. The delightful scroll on display here was painted by Kanji Kobayashi, a Nagasaki-born artist who lived from 1892 to 1974. 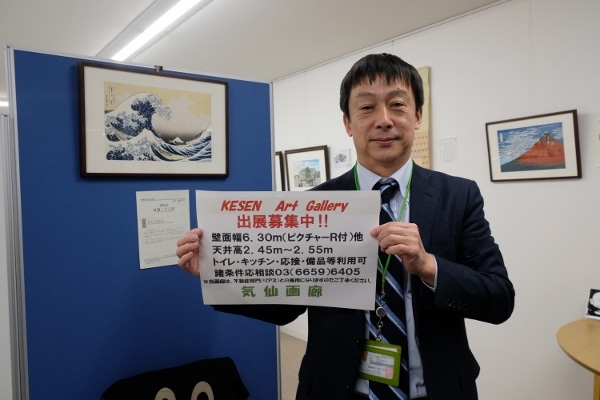 Whether it’s real estate business or woodblock prints, everyone is welcome at Fudosan no Rias and Kesen Gallery. Mr. Sasaki is currently looking for artists to display their works in the gallery. If you’re in the vicinity and are interested, why not drop in for a chat. Better call first as he’s a busy man and is often out!

Clients who complete real estate contracts or purchase paintings will receive one 180 ml can of Yukikko sake.