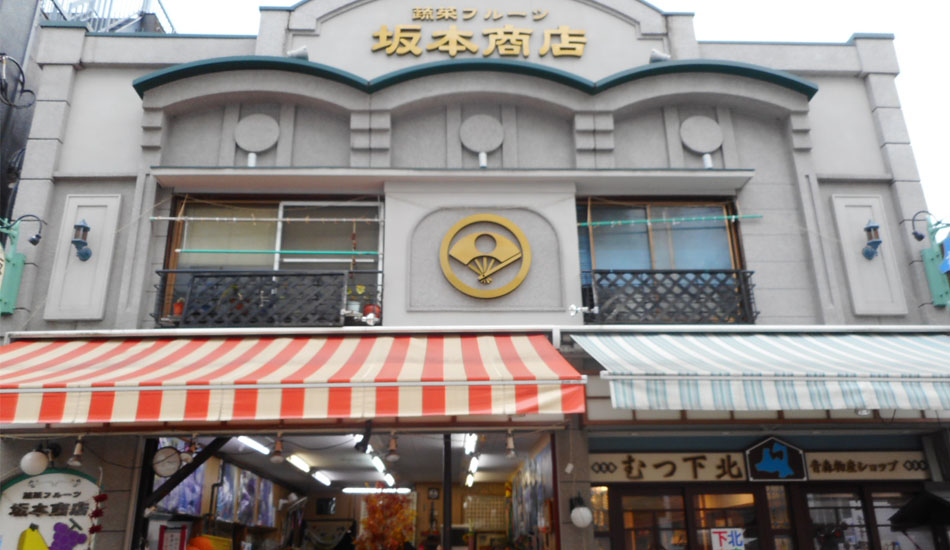 Lately I’ve had several friends tell me, “I want to see the real Tokyo.”

“Well, I’m not necessarily interested in the glitzy places that make it into the tour guide books. I want to see the kind of warm, neighbourhood places the locals would frequent.” 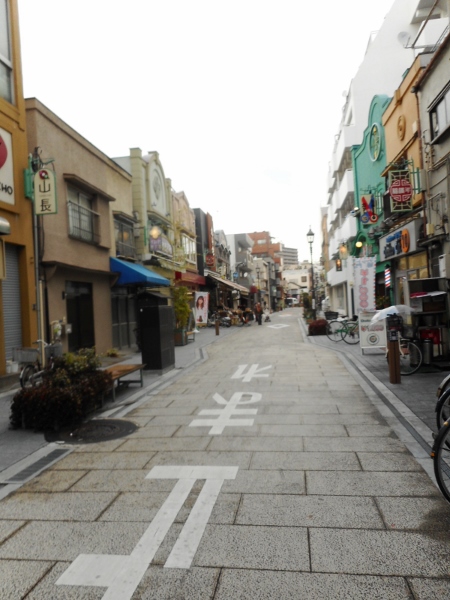 It just so happens that I’ve recently found a store that might satisfy the curiosity of those wanting to see the “real” Tokyo, here at Kameido Katori Kachi-un Shopping Street (try saying that three times real fast). The pathway itself is lovely, retaining the retro atmosphere of decades past. As we walk down the street towards the famed Kameido Katori Shrine… 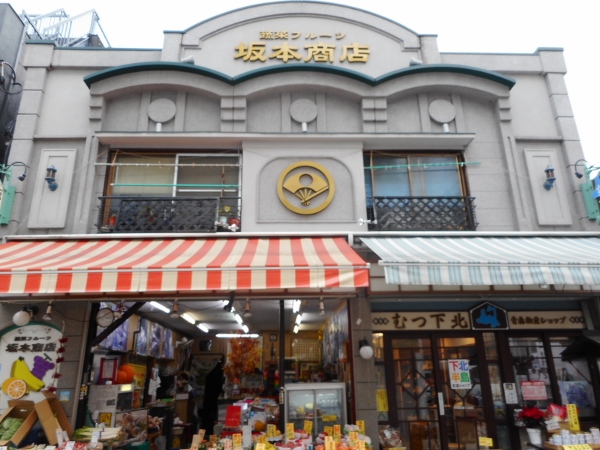 This is “Sakamoto Shoten”, which boasts an impressive façade and a chic nameplate, if the bright freshness of seasonal fruits and vegetables weren’t enough to catch your eye.

The round, golden emblem of an ougi fan you can see is actually their family emblem and speaks of the family’s status from the olden days—a rare sight even in Japan! 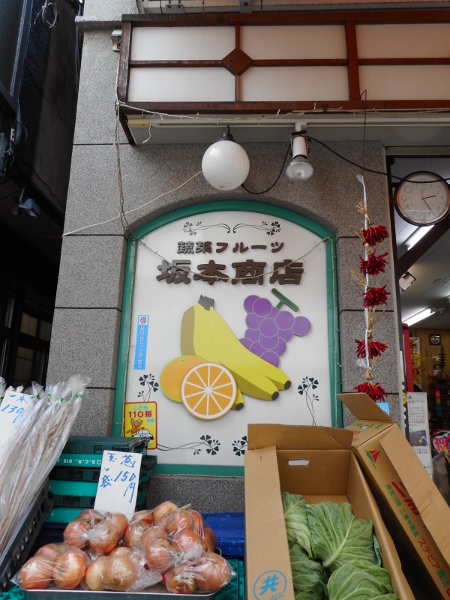 The store was originally started by the current owner’s father, back in 1949, soon after World War II. Prior to his days in the army, he had apprenticed at a greengrocer, and his passion for the business didn’t die despite the many challenges of coming back to a war-torn land.

The current owner, Mr. Tomoji Sakamoto, seems to have inherited his father’s passion. His long-honed skills give him an intuitive ability to pick out the best fruits and vegetables to sell in his store. Quality guaranteed! (*^^*)

Right now, apples, tangerines and Japanese persimmons are in season. 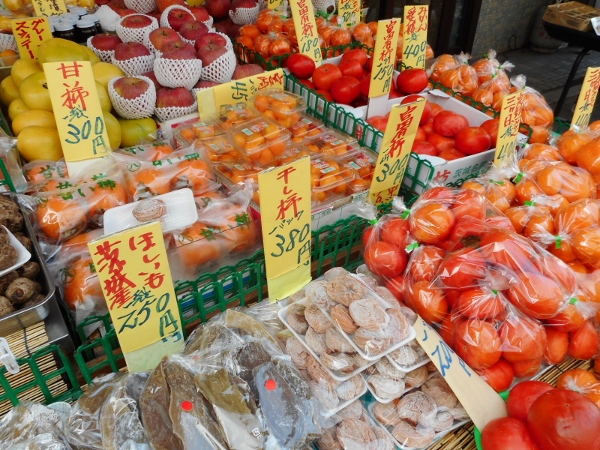 They all look delectable! 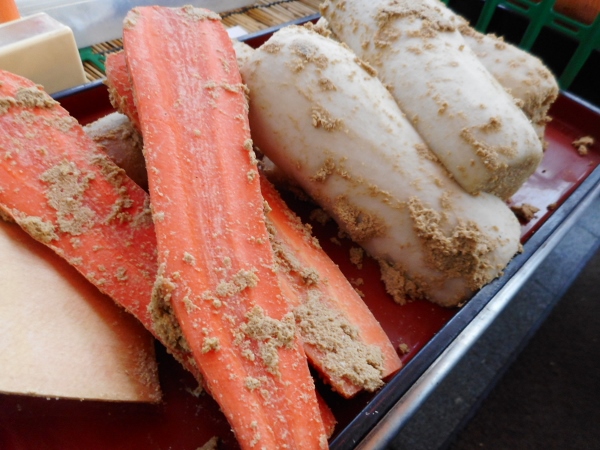 Traditional Japanese pickled vegetables, known as “nuka-zuke”, also vie for a place in the bustling storefront.

Mr. Sakamoto was kind enough to show me: 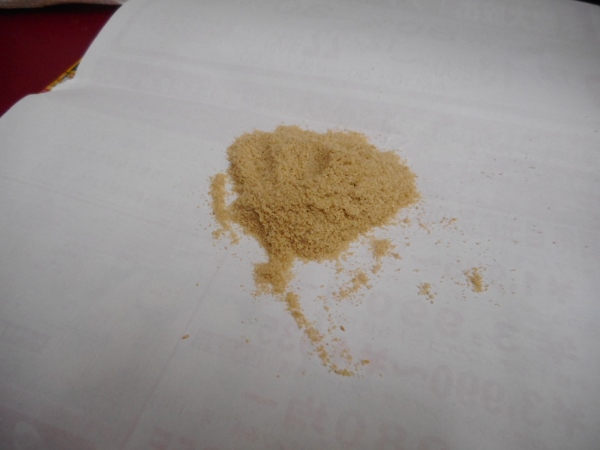 “Nuka” is fermented rice husks. When mixed with salt, it makes for a wonderful pickling agent. The vegetables picked in nuka can be “washed and eaten as is,” according to Mr. Sakamoto. I’d had no idea! I’d often seen “nuka-zuke” at Japanese markets but didn’t dare buy any until now since I didn’t know what to do with them. Maybe I’ll try it next time.

Mrs. Sakamoto, managing the store side-by-side with her husband, is in charge of their handmade apple jams and umeboshi (salty pickled plums), to name a few. 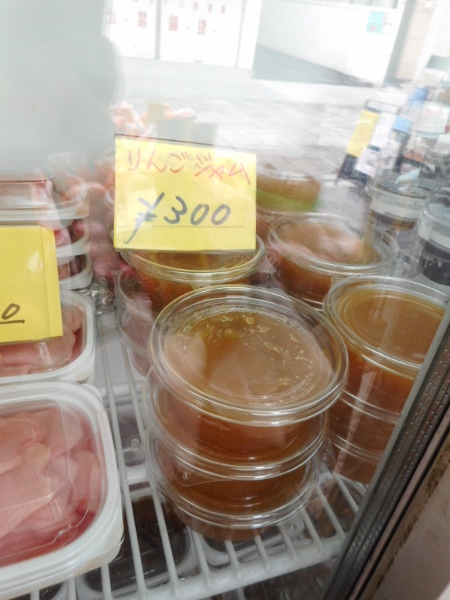 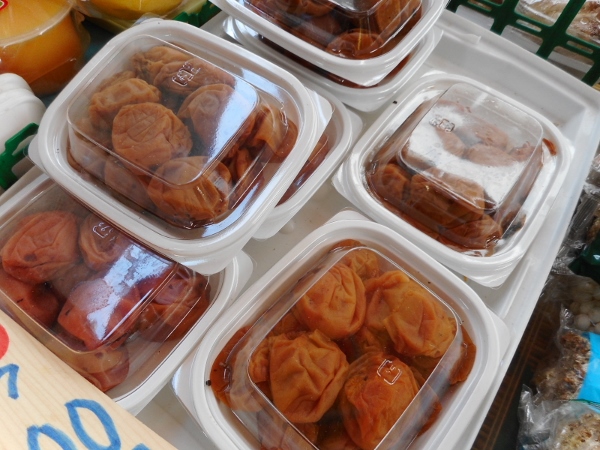 She’s particularly proud of her umeboshi, which doesn’t cut back on the salt like many of the “low-sodium” variety now available in supermarkets. Traditional umeboshi is meant to be quite salty and sour!

“What’s the point of umeboshi that doesn’t make you long for rice?”
Wise words, Mrs. Sakamoto. 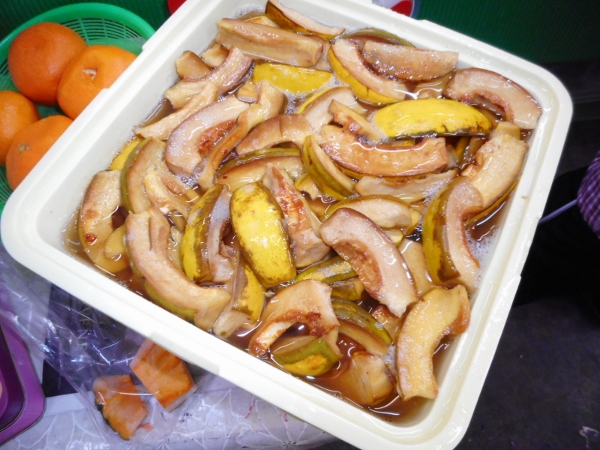 This is karin, or Chinese quince, marinated in honey. The finished product will be available in a few days, and can be used to treat sore throats and coughs. Perfect for the winter season❄

Oh, and this is convenient! 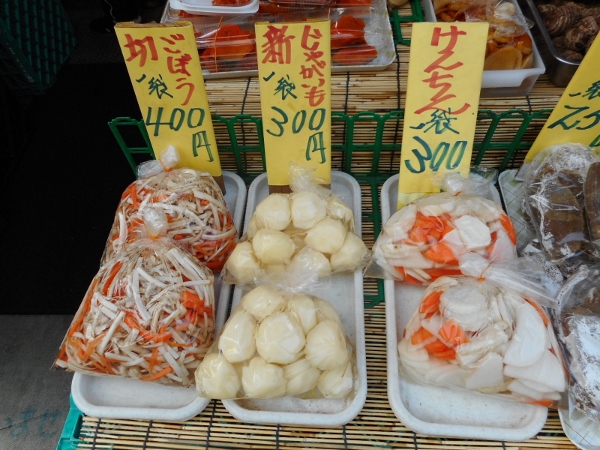 Mrs. Sakamoto packs pre-washed-and-cut veggies that can be used as-is, making cooking at home faster and easier for those of us short on time.

“I cut them by hand. I don’t use a machine because it just doesn’t taste the same.”

It’s clear that they really care about their customers from the time and effort they take to make their store more than just a greengrocer. 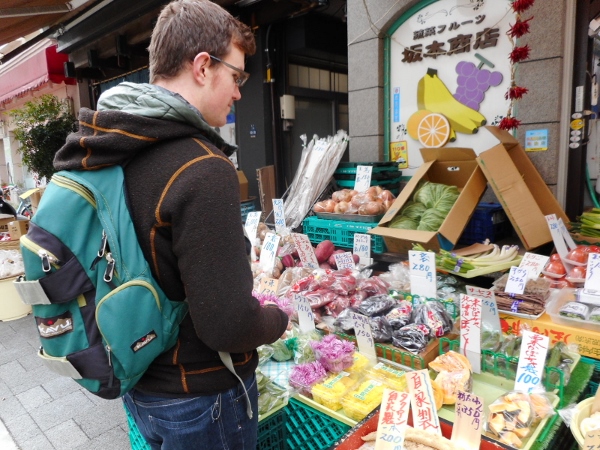 “Hello!”
Sean introduced himself to me as a teacher who works in the city. Apparently he was on his way back from the post office when he decided to pick up some groceries, and was kind enough to speak with me for a few minutes.

Let’s cut to the chase. “What do you think of traditional Japanese stores like this one?”

“I prefer it to going to the supermarket. You can really get a sense of community when you shop at places like these, and it’s nice to think that my money is giving back to the local businesses instead of going to the big companies. I want to help to keep things lively here.” 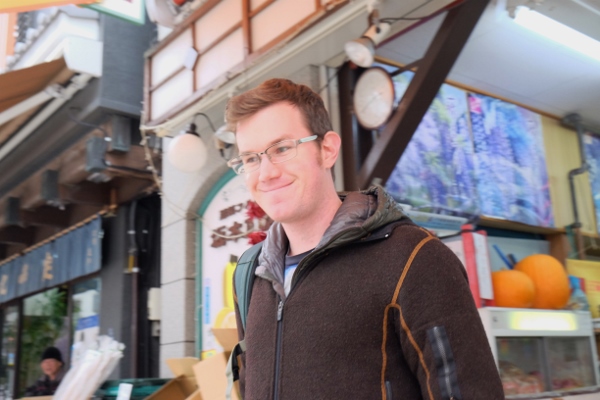 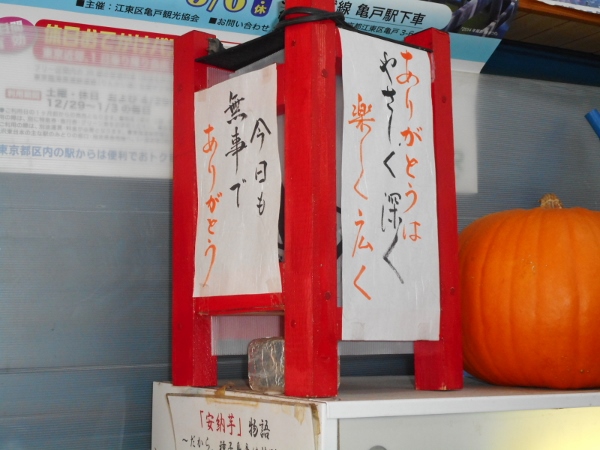 Mr. Sakamoto told me as we were chatting, “When you run a business like ours, you get all sorts of people dropping by. Being able to meet and talk with those people is the greatest aspect of running this store.”

There’s a real sense of warmth and community here at Sakamoto Shoten. Maybe that’s what it means to see the “real” Tokyo 🙂