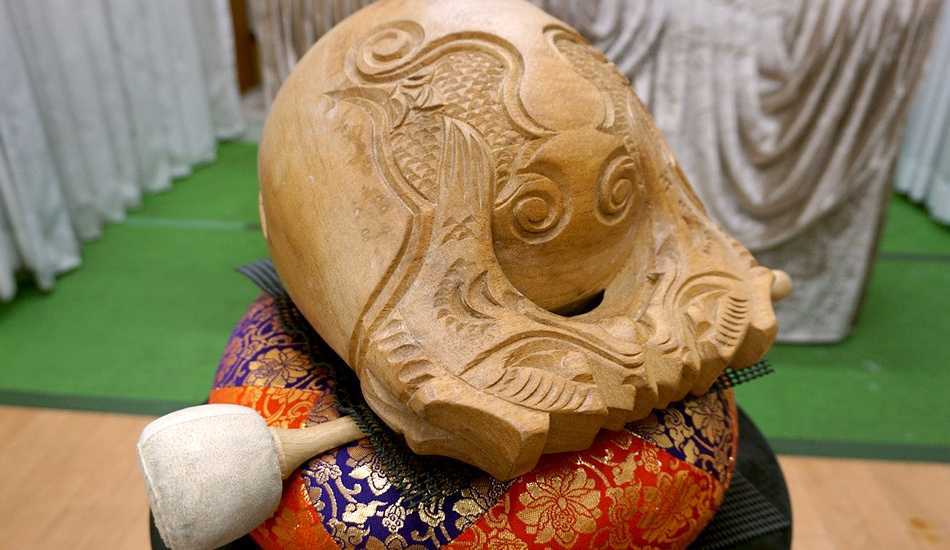 Funerals are the epitome of tradition in Japan, with strict formalities to be observed during an emotional time for the deceased’s family. A short walk from Kiyosumi-shirakawa Station on Shiryokan-dori Avenue is Yodono Shoten, a funeral parlour established in Meiji 30 (1897) and now run by Mr. Toshio Yodono, the 3rd generation family owner.

You cannot miss the premises with its two sets of blue awnings; one displaying ‘Shirakawa Saijo’ (Shirakawa Funeral Hall) and the other ‘Yodono Shoten’ (Yodono Store). Stepping inside we discovered that these adjoining buildings are linked. 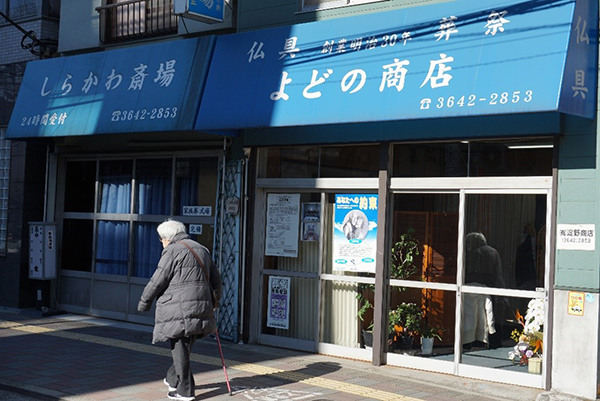 Mr. Yodono is a dapper, cheerful 74-year old and totally unlike my perception of a ‘typical’ undertaker, which is of a tall, thin, sombre, and unsmiling gentleman. Between sips of hot green tea and friendly laughter, he regaled us with tales of his experiences in the industry and explained the complexities of organising a funeral in Japan. 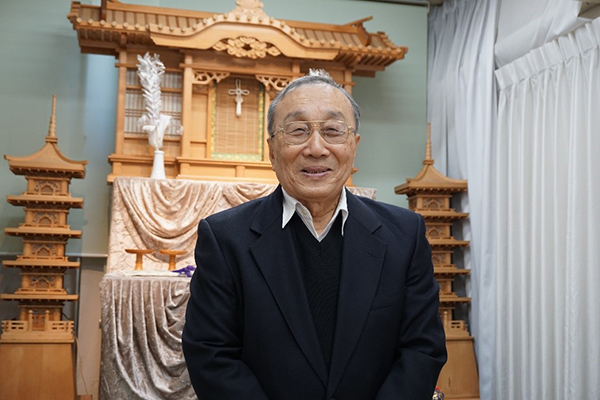 For the man-in-the-street arranging a funeral is not an everyday occurrence. Mr. Yodono’s aim is to take a lot of the pain and stress out of this event, by providing the organisational skills required to bring together mortician, driver of the hearse, florist, priest, and crematorium. In addition, he can supply all the paraphernalia associated with a Japanese funeral, such as sticks of incense, prayer beads, 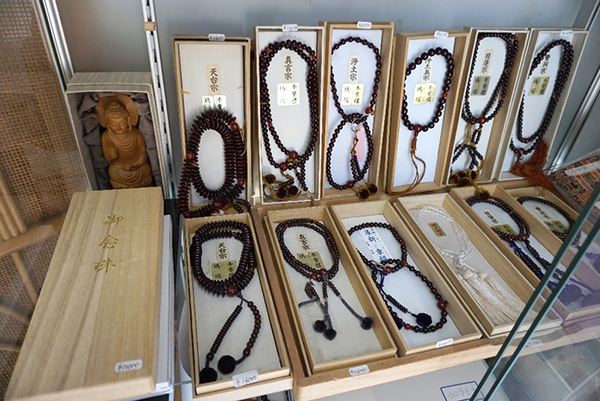 clothing to dress the deceased, 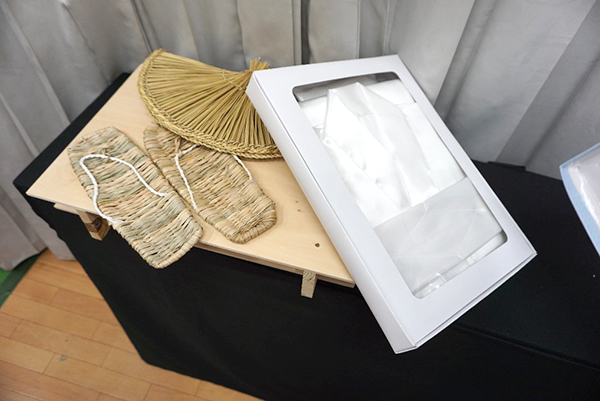 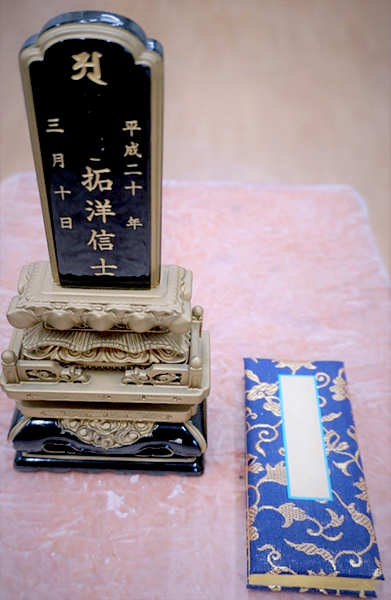 He is also there to give advice to the bereaved. As he says, “One of the things which makes a good funeral director is reliability and being able to explain to the family of the deceased exactly what needs to be done, what needs to be avoided, and what it is all going to cost”.

Mr. Yodono then showed us round the premises. On the first floor is a small area dominated by an altar. This is where the funeral service, presided over by the priest, takes place. 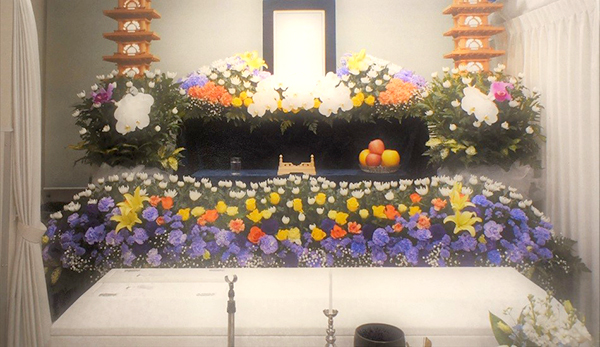 On the second floor are rooms where family and invited friends can get together and commemorate the life of the departed. 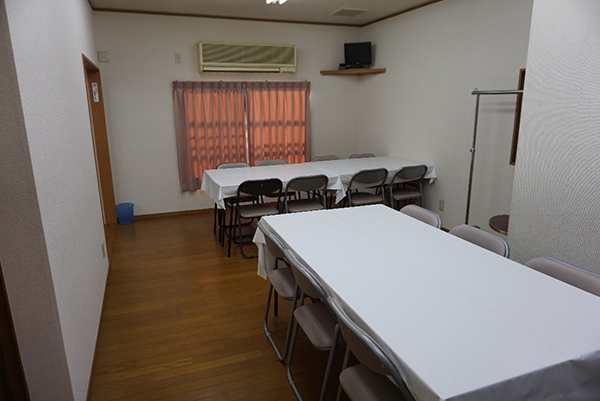 Here, drinks are served and food brought in. Mr. Yodono commented that with the changing times a funeral is often the only occasion when whole families get together and chat.

On the third floor of the building are two small tatami mat rooms; one for the priest to wait in before the ceremony commences and to meet the family of the departed, and the other, a changing room. 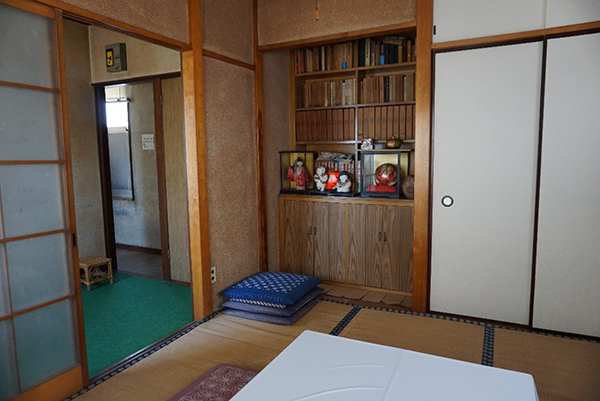 Mr. Yodono explained that he is seeing a trend to smaller funerals, involving simpler services attended by, on average, 10 family members and friends, in contrast to previous groups of around 40, which would include family, work colleagues, business acquaintances, and school friends. 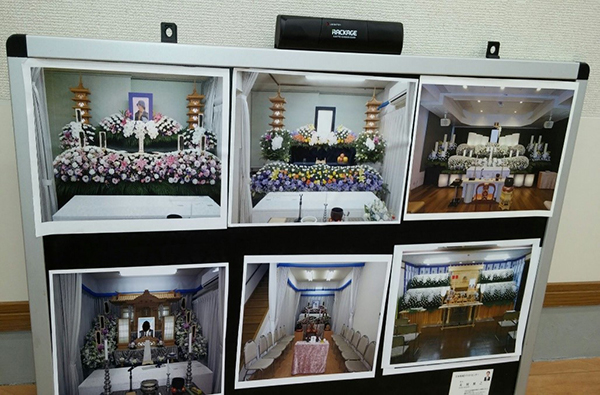 In addition, the various Buddhist religious services associated with a person’s death are now held on the day of the funeral and the decision may be made to dispense with the traditional ‘tsuya’ or wake.

Besides the predominantly Buddhist funerals, Shirakawa Saijo also presides over Shinto and non-religious funerals. Mr. Yodono has to ensure that each service is held according to the rites of the deceased’s particular belief and sect and that all the ‘trappings’ reflect this. 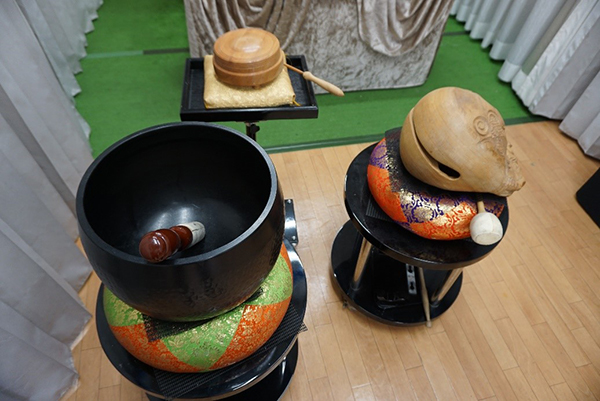 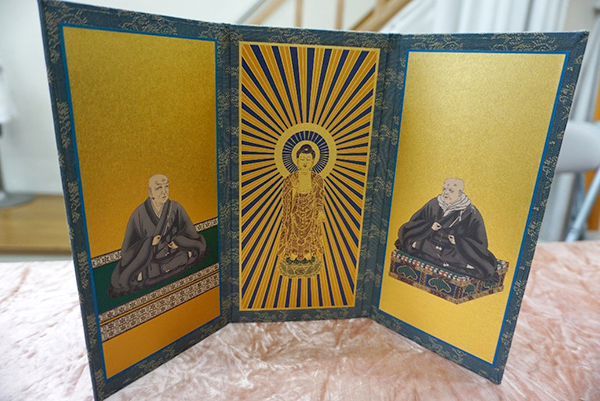 Given the unpredictability of death, Mr. Yodono and his wife are always on call; even cutting short rare holidays to rush back to arrange a funeral, and “overseas trips are definitely out”. Most of his customers are from Shirakawa and the surrounding area and include what he terms ‘repeaters’ (ie: succeeding generations of the same family); a term which made us laugh.

A typical funeral will cost on average 600,000 yen, and include the laying out of the body, cremation, hearse, flowers, funeral service, food and drink, and other incidentals, apart from the priest’s fees.

Alas, Mr. Yodono has no children to pass on the family business. However, he says that as long as he stays healthy, he intends for Yodono Shoten to remain a fixture on Shiryokan-dori Avenue, providing a personal touch to the deceased’s final departure. 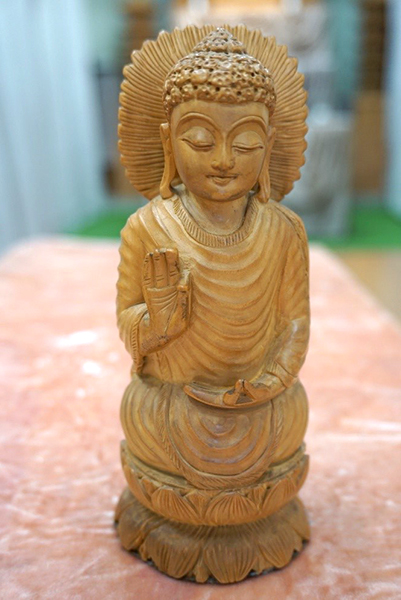 10% off on Buddhist altar items.