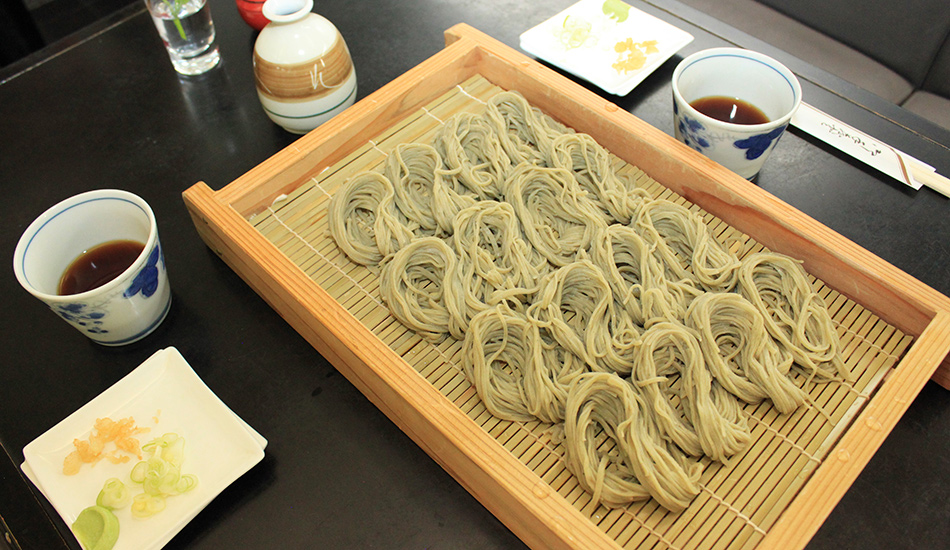 Soba is a type of noodle that has been eaten in Japan for centuries. The tradition of eating soba arose during the Edo period (1603 to 1868). Soba is a type of thin noodles made from buckwheat flour. They contain essential amino acids and everybody in Japan will agree that soba is healthy food.

Mr. Tomono is the owner of Yuzen, a small restaurant in the Kitasuna area. 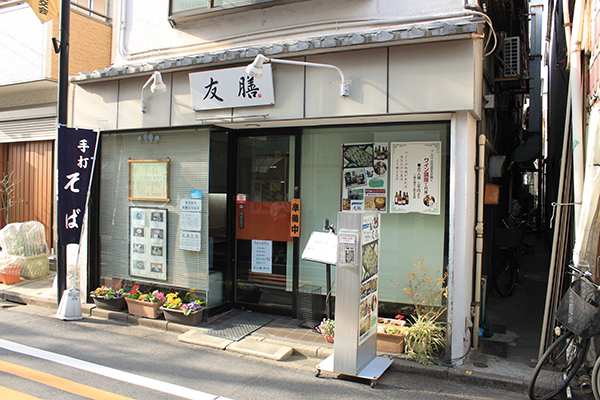 Mr. Tomono has confirmed experience as a hall staff. He has worked in various restaurants in Tokyo, including Swiss, French and Russian restaurants. This explains why he offers a varied menu including cheese fondue and dishes inspired by French cuisine at his restaurant! 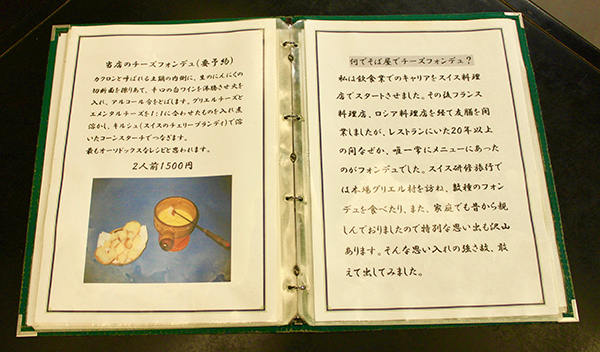 “When I was younger, I had no interest in my home area and its regional specialities. Getting older, I’ve returned to my roots, and decided to open my restaurant to cook, among other things, hegi soba.” Mr. Tomono comes from the city of Ojiya in Niigata prefecture, the cradle area of hegi soba. 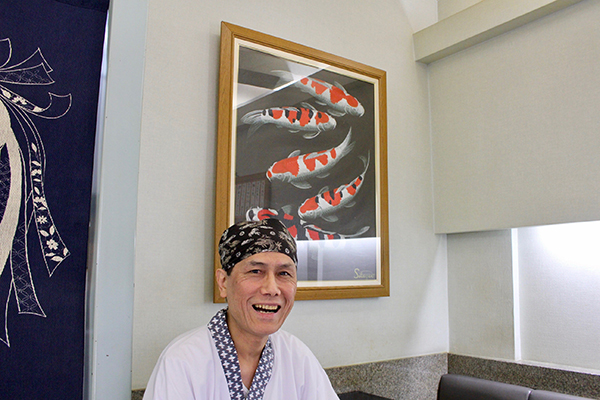 Hegi soba is a regional specialty of Niigata prefecture and were mainly produced in an area called Uonuma. Hegi soba is flavoured with a type of seaweed called funori. It gives the soba a light green colour, and a smooth, firm texture for which it is known. In the past, Uonuma was famous for producing beautiful textile and funori was traditionally used as glue in the textile industry. The original encounter between soba and funori gave birth to hegi soba.

Hegi soba got its name from the dish in which they’re served: a wooden tray called “hegi”. The noodles are separated into individual mouthfuls, so it’s easy to eat too! The folded fabric shape inspires the way hegi soba is served. 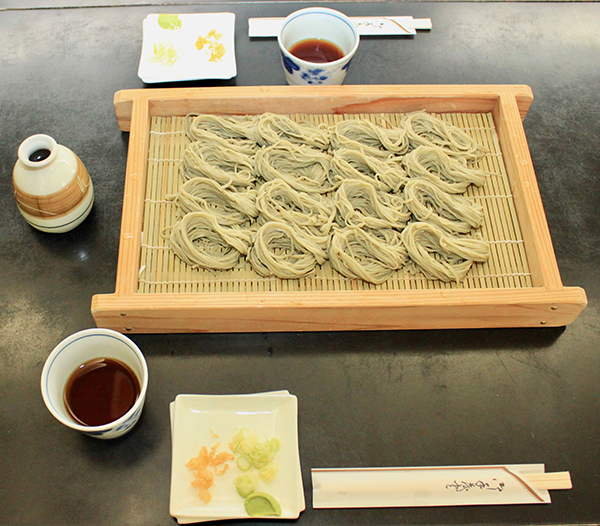 How to eat hegi soba?

At first, use your chopsticks to take one mouthful of hegi soba. 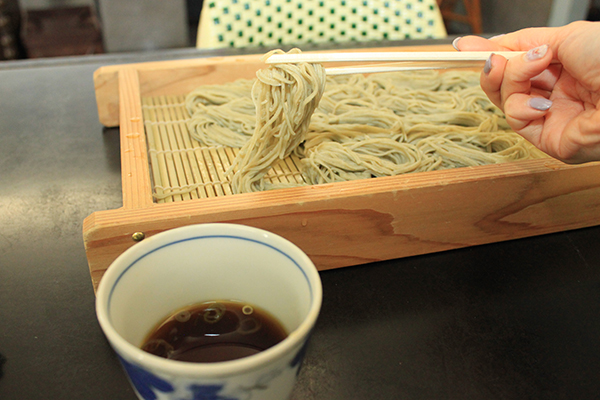 Then dip soba in a sauce called “men-tsuyu” in Japanese. 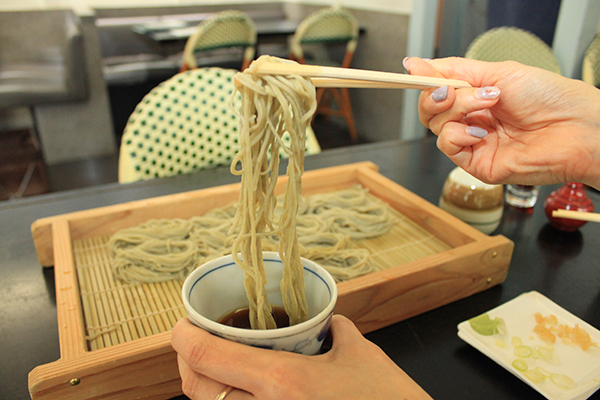 And finally, taste it! Bon appétit!

Mr. Tomono has also developed an interest in wine. “When I was working as a hall staff, customers often asked me recommendations about wine. So I decided to get trained as a sommelier,” explained Mr. Tomono to me. He was one of the first sommeliers in Japan! 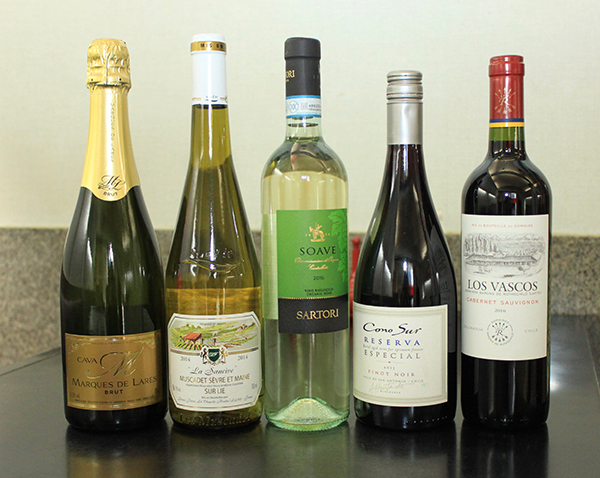 What is his recommendation for pairing wine and hegi soba? “I recommend a dry white wine like chardonnay. Red wines like pinot noir or cabernet can also be an interesting match,” advised Mr. Tomono. It is interesting to note that Mr. Tomono organizes wine seminars regularly at his restaurant! 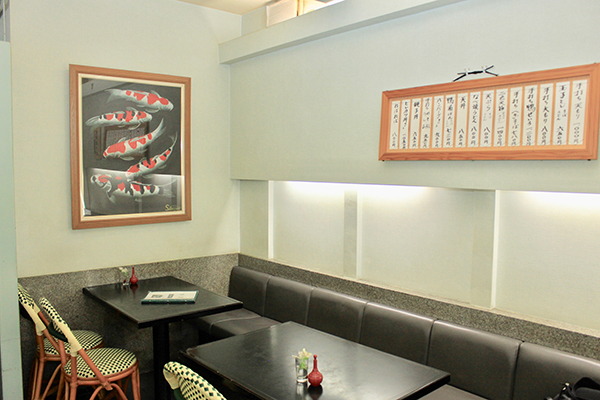 At Yuzen, the food is handmade and respects traditions. In a modern and comfortable décor, you’ll be able to discover the delicious cuisine of Mr. Tomono. In Tokyo, it’s very rare to be able to eat hegi soba. It’s a unique opportunity, so don’t hesitate to give it a try!