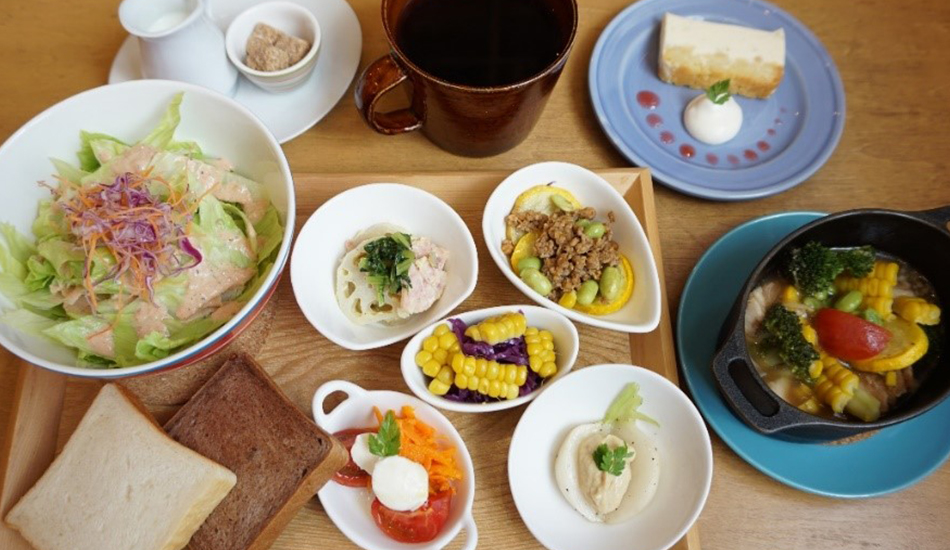 Here is a café with an unusual name: café Rico+. The significance of the name was one of the first things I asked Mr. Kenji and Mrs. Hitomi Ueda about when I called in at their establishment on Eitai-dori Avenue, close to Eitaibashi bridge. This is more than simply a café; as well as serving sandwiches to commuters on their way to work, the Uedas create some beautifully crafted and healthy set meals, based around Mrs. Ueda’s homemade bread, and pour a neat cup of coffee. 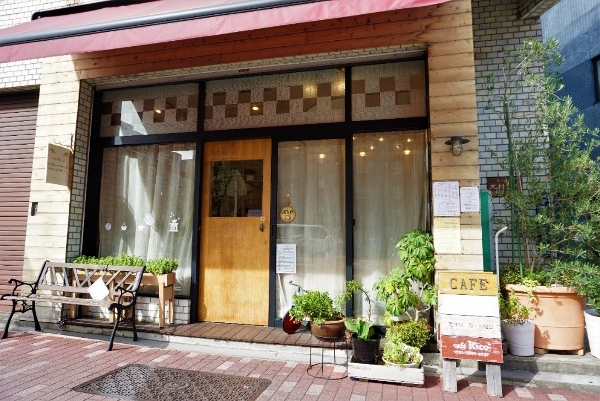 When the Uedas set up shop in 2014, they thought long and hard as to what sort of atmosphere they wanted for their new restaurant, finally coming up with an “at home” concept. They set much store on being close to their customers, which is important given the size of café Rico+. They also wanted to give customers the feeling of being in someone’s kitchen and relaxing whilst the food is being prepared.

An integral part of the café’s pleasant ambience is an assortment of knick-knacks on the walls and shelves and hanging from the ceiling, as well as puzzles on the tables, which diners can play with whilst waiting for their meals. 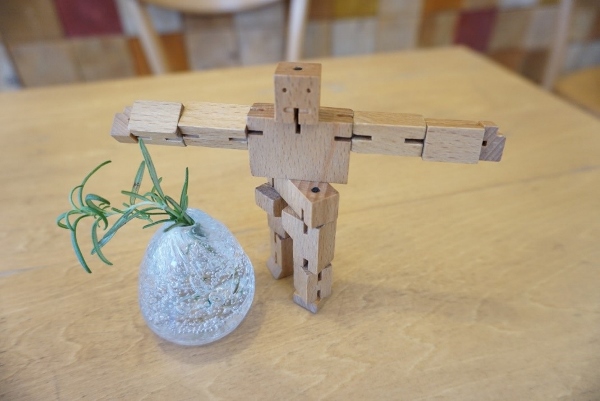 And do keep a look out for the squirrels perched on the wall. 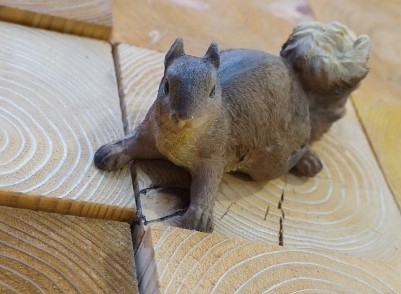 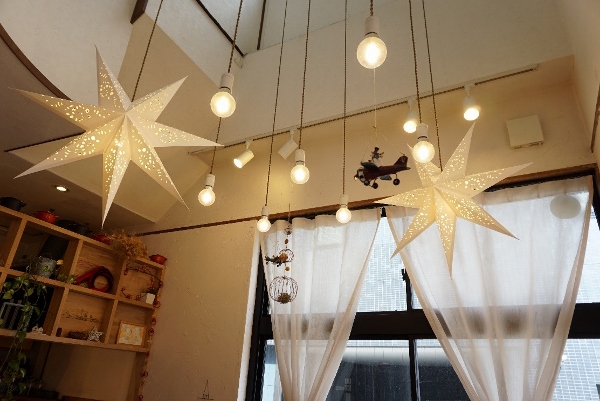 The kitchen juts out into the dining area creating a feeling of intimacy about café Rico+ and diners can talk with Mrs. Ueda as she prepares the salads and lays out trays for the meals, whilst Mr. Ueda works away at the cooked dishes. 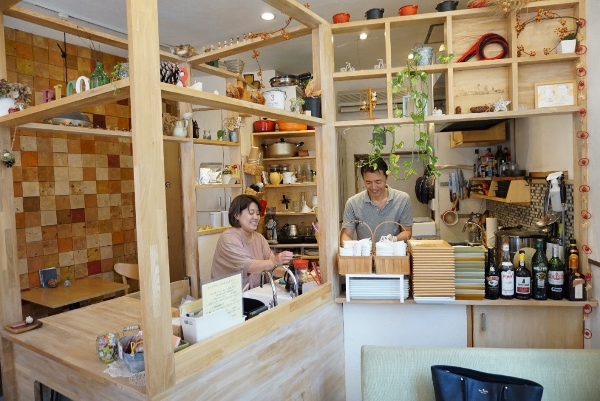 With 25 years in the food industry, working in French, Italian, Brazilian, and Japanese restaurants, Mr. Ueda has a wealth of experience that goes into the creation of the meals on the menu, which is changed weekly, and focuses on providing the customers with healthy meals. All kinds of fresh vegetables go into the meals; 20 different types at the latest count, but the important consideration in all this is what goes with the café’s homemade bread baked by Mrs. Ueda. 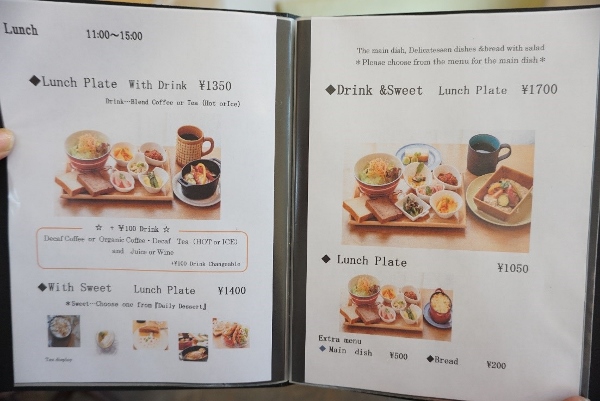 A typical set lunch menu consists of a main dish, a large bowl of salad and homemade dressing, accompanied by an array of small dishes each containing one of Mr. Ueda’s preparations, into which a lot of thought and attention has gone so that each has its own individuality.

The set lunch I was shown consisted of a hot casserole dish, containing pork, yellow zucchini, broccoli, tomato, edamame (green soybeans), and corn, with a salad and various side dishes of pork dry curry with yellow zucchini and beans; steamed lotus and ham; marinated purple cabbage and corn; grilled kabu (a small turnip) and tuna; fruit tomatoes, shredded carrots and mozzarella cheese. This all went to complement the two slices of Mrs. Ueda’s homemade bread; one of maple and the other of cocoa. 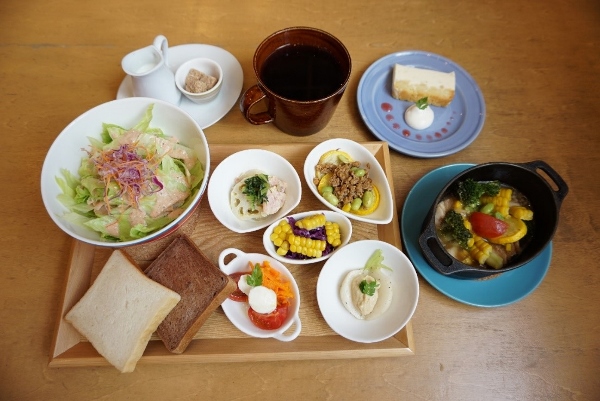 All this can be had for between 1,050 yen and 1,700 yen, depending on whether the diner opts to also indulge in the homemade dessert, in this case lime-flavoured layer cheesecake, and/or a large cup of the Maruyama Coffee chain’s excellent brew. 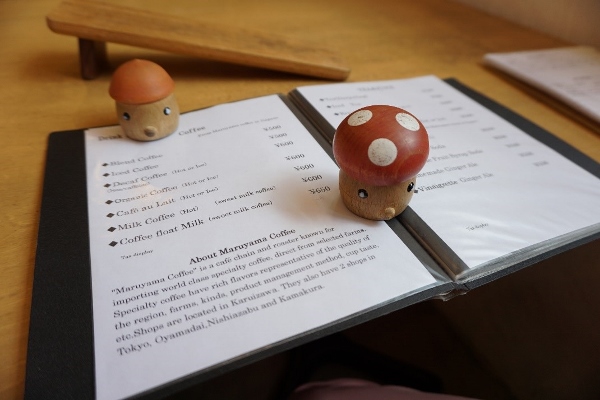 The food on the dinner/evening menu is similarly structured, with more on offer, and also looks both appetising and filling. 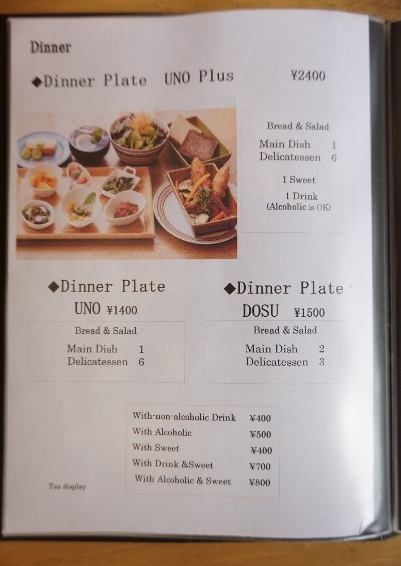 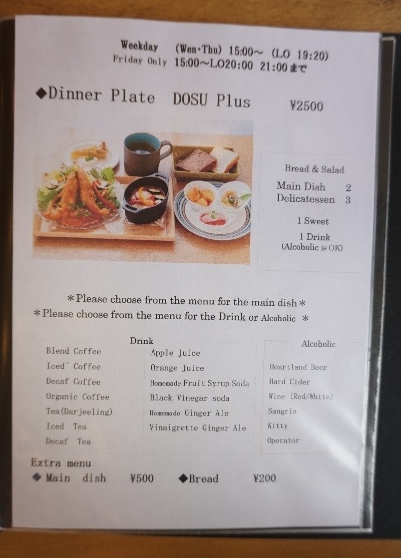 And let’s not forget the sandwiches. Each week the Uedas put their heads together and come up with four types of sandwich, which are usually available on Thursday, Friday, and Sunday. I tried the pork with purple cabbage and chili mayonnaise sandwich (450 yen) and the half peach with mint plum sauce sandwich (500 yen). Mrs. Ueda doesn’t spare on the ingredients and as I ate them the contents overflowed from the bread and were delicious. 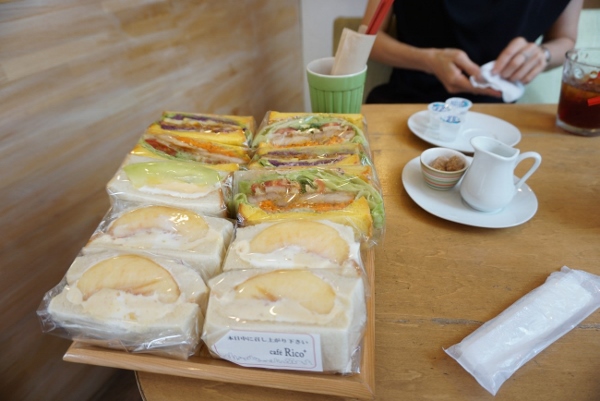 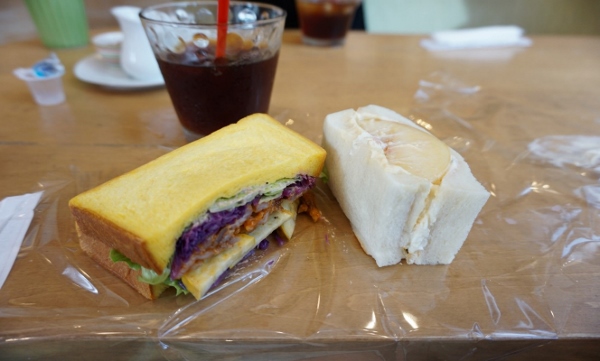 During weekday lunchtimes the majority of café Rico+’s customers are women from nearby offices or groups of local mothers, whilst at weekends the clientele switches to families and “tanshinfunin” (workers away from home and separated from their families) out for a spot of nutritious eating.

The Uedas like working close to their customers; they enjoy chatting with them and like to watch the reaction on their faces when they savour the dishes. Mrs. Ueda especially gets a thrill of satisfaction when the mobile phones come out to snap photos of the meals. Of course, with working in the constricting kitchen space, they would like to expand their floorspace and be able to accommodate more customers, but then they would lose this intimacy, which is part of the charm of the place. 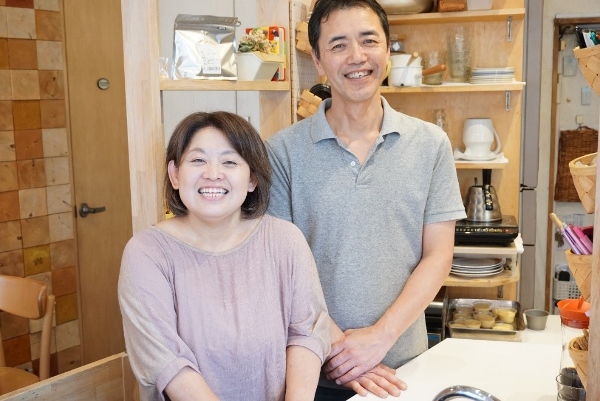 And the origin of the café’s name? It means “delicious” or “gorgeous” in Spanish, and the plus sign signifies “more than delicious”. And so it is. 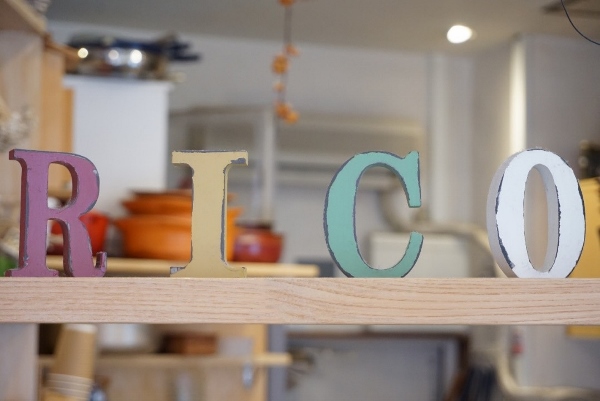